The incident came to light after video and pictures of health officials administering the vaccine to Patil at the comfort of his home flooded social media and television news channels.

Bengaluru: Karnataka Agriculture Minister B.C. Patil has sparked a controversy row after health officials administered the COVID-19 vaccine at the leader’s residence in Hirekerur, about 336 km from Bengaluru. As per reports, the minister summoned the taluk health officials and staff to his home and got the vaccine jab for himself and his wife.Also Read - Apple Postpones Plans to Go From Two Days to Three Days a Week in Office

The incident came to light after video and pictures of health officials administering the vaccine to Patil at the comfort of his home flooded social media and television news channels. Also Read - Gyanvapi Masjid Row Highlights: SC Says Shivling Area to be Protected, to Hear Matter Again on May 19

Terming this act as violation of Covid vaccination protocol, Health and Medical Education Minister K Sudhakar said that said that there is no provision for people to take the vaccine at home and action would be initiated against the health officials who went to the house of the minister to give him the jab. Speaking to media channels, Sudhakar said that the health department would issue circulars that would restrict officials from visiting the residences of any person willing to be vaccinated. Also Read - Delhi Witnesses Dip in Covid Numbers, Registers 377 Fresh Cases; Positivity Rate Stands at 4.97 Per Cent 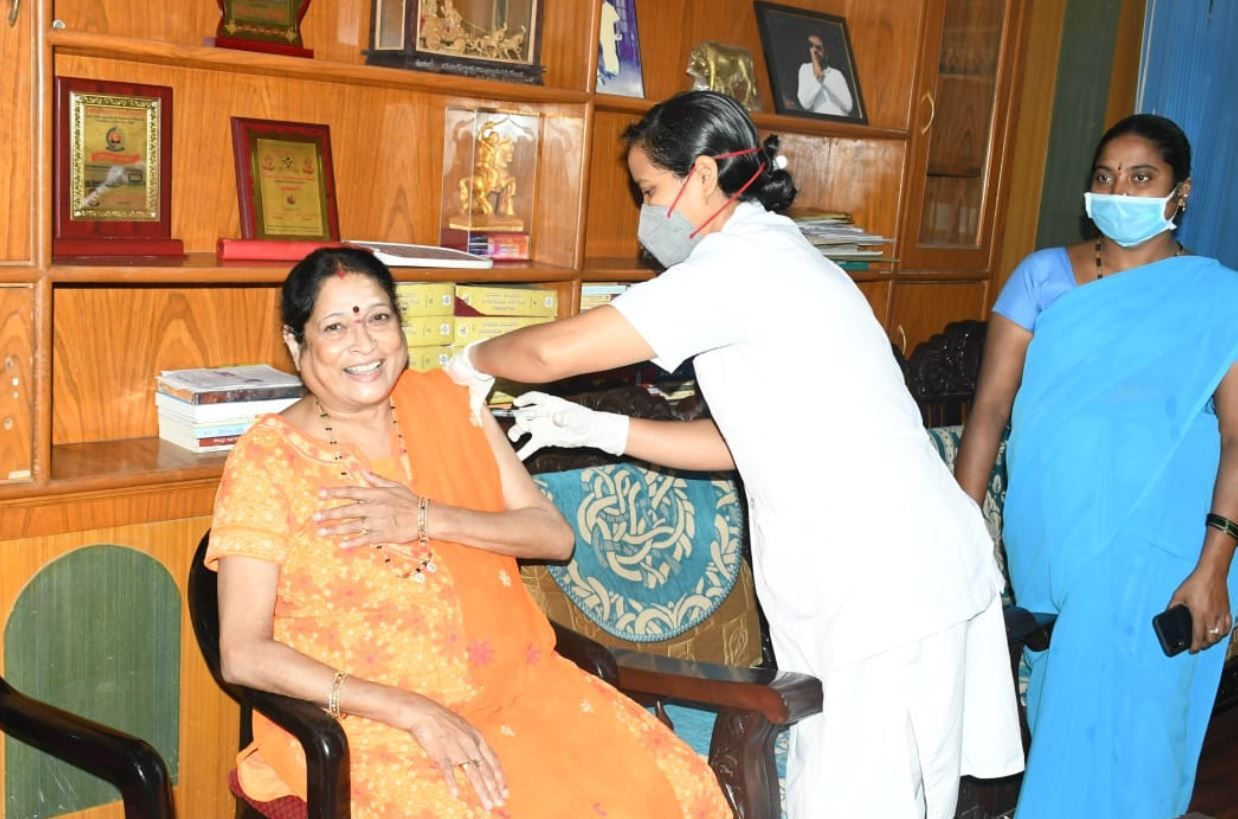 Soon after, the minister claimed that he was not aware of the protocol. And on his defense, Patil said, “There were many people in the house and I would have to wait for around half an hour at the hospital is the reason why I took it at home. And, if I go to hospital to get vaccinated, then, people there will have to wait due to my visit there. But, here I can attend to people and also can get vaccinated. What is wrong in this?”

He further added that there were certain privileges and his decision to take the vaccine at home cannot be considered wrong. Patil said that he had himself called health officials to his residence for the vaccine.

Meanwhile, Union Health Secretary Rajeev Bhushan said that the ministry has asked for a report from Karnataka. “This is not allowed and not as per protocol,” he said.

This incident happened just a day after Prime Minister Narendra Modi, Union Home Minister Amit Shah and several other prominent leaders were seen taking the Covid-19 vaccine at hospitals during the second phase of inoculation drive across the country.

Reacting to the incident, former chief minister and leader of the Janata Dal (Secular) H D Kumaraswamy said, “In this government, anyone can do anything they please.” The Opposition Congress too called out the hypocrisy of the minister and stated that instead of serving the people, Patil was getting people to serve him.