Results for Karnataka Assembly Elections 2018 will be announced on May 15.

Thiruvananthapura, Apr 8: The Bharatiya Janata Party (BJP) on Sunday late evening released the first list of 72 candidates for the crucial Karnataka Assembly Elections 2018 that are scheduled for May 12. The announcement of the names was made by Union Minister JP Nadda.

Earlier in the day, a meeting of the party’s Central Election Committee was held at BJP’s Headquarters in Delhi to decide over the candidates. BJP’s CM face from Karnataka BS Yeddyurappa will be contesting the Assembly polls from Shikaripura.

The tenure of 224-member Karnataka Assembly expires on May 28. Currently, the state is ruled by Siddaramaiah-led Congress. The party is in power with 122 seats against the BJP’s 43. 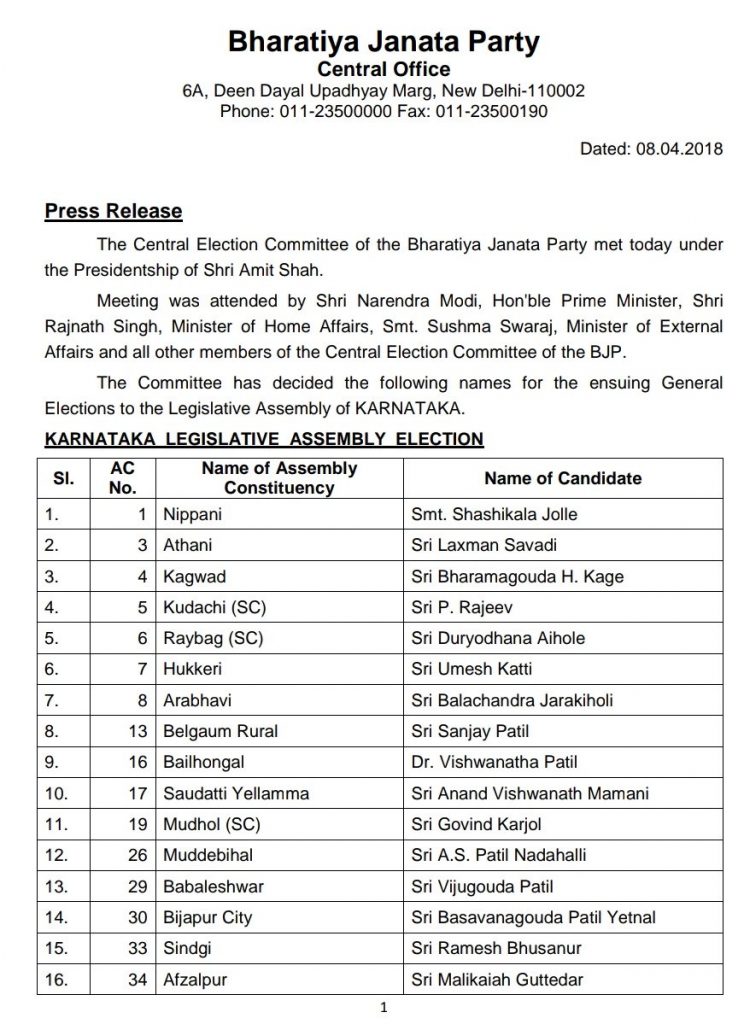 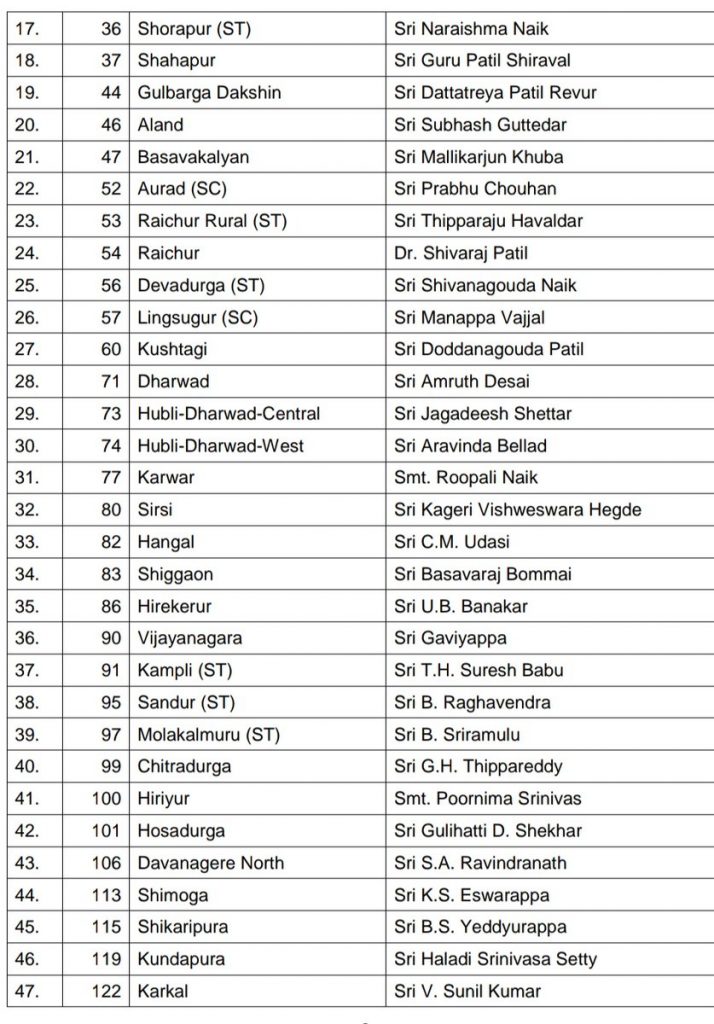 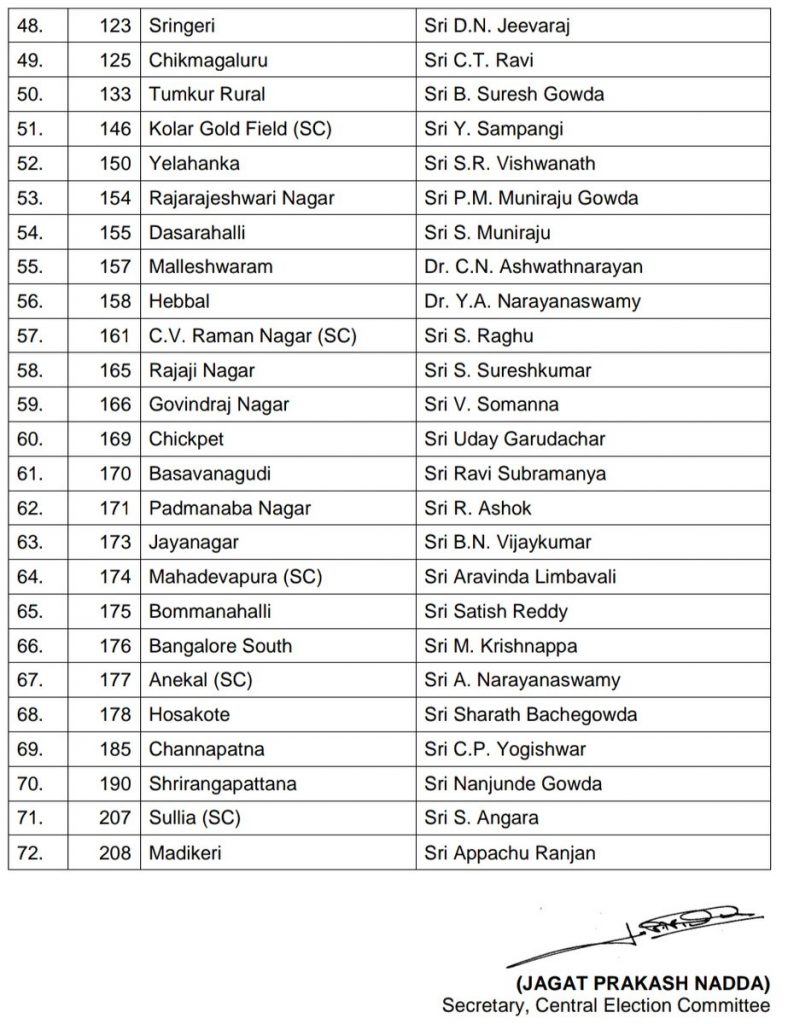 The counting of votes in all 224 constituencies will be held on May 15. Results for Karnataka Assembly Elections 2018 will be announced on the same day.