The Karnataka government decided to hand over the multi-crore lottery scam to the CBI for investigation owing to alleged involvement of agents in other states. 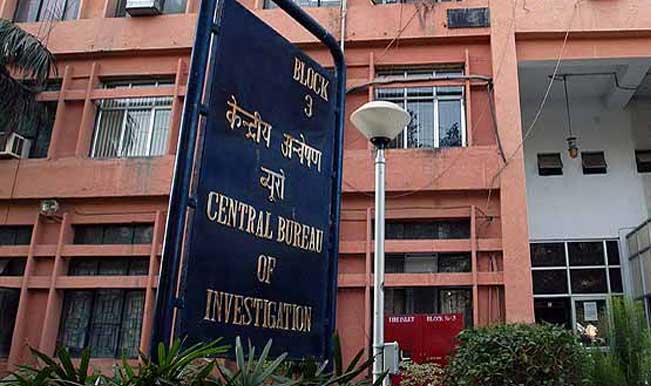 Also Read - Thanks to Karnataka Police, Woman Reunited With Her 9-Month-Old Son After He Was Left Abandoned

Bengaluru, May 26 : The Karnataka government on Tuesday decided to hand over the multi-crore lottery scam to the CBI for investigation owing to alleged involvement of agents in other states.”Though we entrusted the CID to probe the lottery scam and received an interim report on it, we have decided to order a Central Bureau of Investigation (CBI) inquiry to unearth in the truth and expose those involved in it in this and neighbouring states,” Chief Minister Siddaramaiah told reporters here. Also Read - Wait Over! Tesla Finally Enters India as it Registers Office in Bengaluru; Karnataka CM Tweets Welcome to Elon Musk

The CBI will investigate the illegal single-digit lottery sale before and after 2007 when it was banned by the then JD-S and BJP coalition government across the state.”Sale of single digit lottery of other states like Tamil Nadu and Kerala in Karnataka was banned on March 27, 2007 but their tickets were continued to be sold in the state, especially in the old Mysuru region,” Siddaramaiah said.

Denying that he was bowing to political pressure from opposition parties like Bharatia Janata Party (BJP) and Janatal Dal-Security to go for a CBI probe, the chief minister said his government had nothing to hide or was shielding anyone however mighty or powerful they may be.”At the same time, we will not spare anyone indulging in illegal activities and cheating gullible people, especially the poor who waste their hard money in such illegal lottery tickets, matka and gambling,” he said. (READ : CBI arrests aide of Saradha group chief Sudipto Sen)

The state government suspended Bengaluru additional commissioner of police Alok Kumar on May 24 after the CID interim report named him as one of the senior police officers who were regularly in touch with lottery scamster Peri Rajan. Rajan, 58, was arrested on April 30 at Kolar and shifted to the central jail here on Monday night for interrogation.The CID also suspended superintendent of police in the lottery excise and enforcement cell Daranesh for his alleged nexus with Rajan and others.

“As the sale of illegal lottery scheme has been going on with the connivance of officials and others such as ‘Micheal’ and ‘Martin’ in Tamil Nadu, we hope the country’s premier investigation agency will do justice as it can probe the case in Tamil Nadu, Kerala, and Andhra Pradesh,” Siddaramaiah added.The CID probed the scam after a Kannada news channel telecast a sting operation early this month on Rajan boasting “high connections with top police officials”.