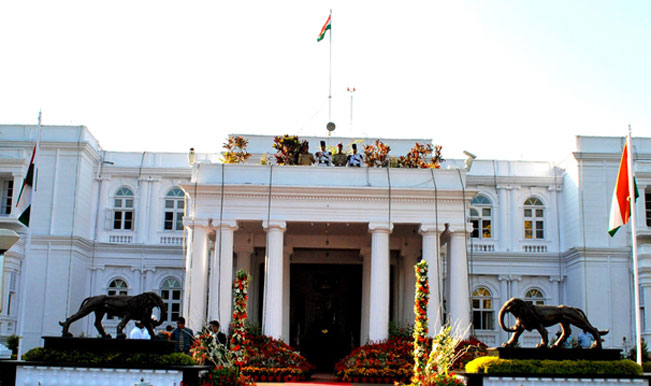 “Raj Bhavan, which has a history of two centuries, is a heritage building. It is visited by heads of states and governments from India and abroad,” Principal Secretary, Administrative Reforms and Personnel, E.V. Ramana Reddy said in a statement here. In response to a query under the Right to Information (RTI) Act, the government said an additional Rs.1.3 crore was spent on Governor Vajubhai Vala’s air travels since he took over on September 1, 2014. Also Read - Bhupendra Patel to Take Oath as 17th CM of Gujarat Today | Top Developments

“The public works department (PWD) maintains the Raj Bhavan building and its surroundings, keeping in view the dignity of the governor’s office and respect to its high-profile visitors,” Reddy said. Noting that the building maintenance or renovation, undertaken once in three or five years, was a routine exercise, Reddy said the exercise was initiated before Vala assumed office and executed during the last couple of months. Also Read - Karnataka Urges IT Firms in Bengaluru to Extend Work From Home Till December 2022. This is Why

“Vala did not demand renovation of Raj Bhavan. Charges against the governor on works taken up in the buildings were not only false, but also baseless,” Reddy clarified.