Sitara Devi was honoured with Legends of India Lifetime Achievement Award 2011 for her contribution to classical dance genre for over six decades. 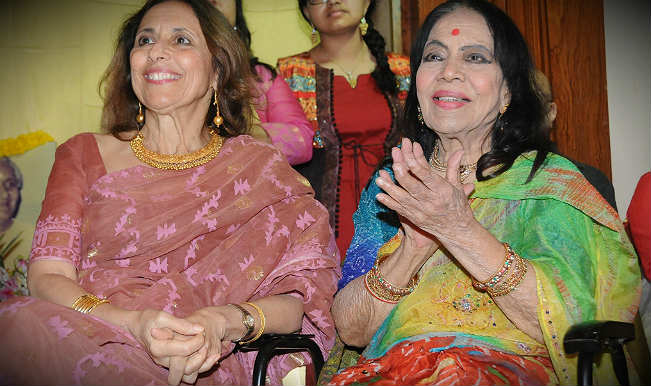 Mumbai, Nov 25: Legendary Kathak danseuse Sitara Devi, who has been described as the “Empress of dance” and was a pioneering force in bringing this classical dance genre to Bollywood, died here today after a prolonged illness. Sitara, 94, died in Jaslok hospital, hospital sources said. Also Read - Give Concrete Solutions, Not Plain Speeches: Congress Slams PM Modi Over His Address to Nation

Born in 1920 in the then Calcutta, Sitara drew from the themes, poetry and choreography collected by her father in her choreographies. She also got inspired from the environment around her–be it a town or a village. As condolences poured in after Sitara’s death, Prime Minister Narendra Modi recalled her “rich contribution” to Kathak. Also Read - Anticipating Backlash, BJP Turns Off 'Dislike' Button on YouTube Channel Amid PM Modi's Address to The Nation

“PM has condoled the passing away of noted Kathak dancer Sitara Devi. PM also recalled her rich contribution to Kathak,” the Prime Minister’s Office said in a tweet. The characters around the Kathak queen came alive in her dance. “By training, I am just a ‘kathakar’ of Krishna-leela (tales of Krishna),” the danseuse used to say.

Kathak, which literally means ‘katha’, is a narrative drama which evolved out of the Krishna temples of hinterland to scale the pinnacle of glory in the Muslim courts.

Sitara’s roots were inextricably woven to the tradition of ‘kathakars’, the early Kathak dancers. She was born Dhannolakshmi to a family of Brahmin ‘kathakar’ Sukhdev Maharaj and chose school and dance over an early wedding, as was the norm of the 1920s.

Her father, a Vaishnavite Brahmin scholar and Kathak exponent, sent her to a local school where she impressed her teachers and the local media with her performance in a dance drama, “Savitri Satyavan”.

When her father learnt of it, he re-christened her as Sitara or the star and placed her under the care of her older sister for kathak training. By the time Sitara turned 11, the family moved to Mumbai, where she impressed Nobel laureate Rabindranath Tagore with a three-hour solo recital.

Tagore offered her a shawl and Rs 50 which Sitara refused and instead sought his blessings instead to become a great dancer. Tagore described her as ‘Nritya Samragini’, meaning the empress of dance, after watching the performance. The epithet continues, and she is still described as the Kathak queen.

Over the next six decades, she became a Kathak legend and was a pioneering force in bringing the genre to Bollywood. Sitara married director K Asif of Mughal-e-Azam fame and then Pratap Barot. She was a vital force who stood for zest and vigour in Indian dance.

She was honoured with the Legends of India Lifetime Achievement Award 2011 for her contribution to the classical dance genre for over six decades.