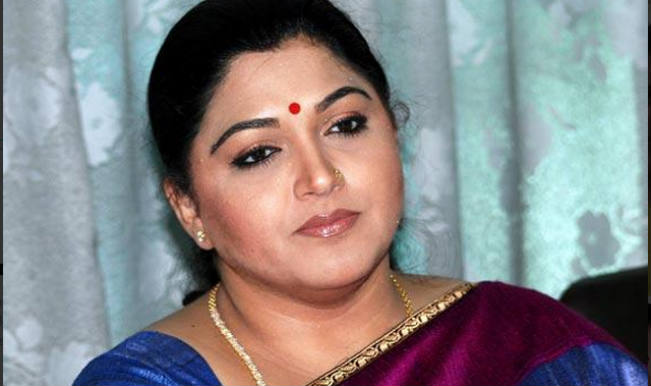 New Delhi, Nov 27: Actor Khushboo Sundar on Wednesday officially joined the Congress, nearly six months after quitting the DMK. “I finally feel I am home,” she told reporters after meeting Congress president Sonia Gandhi. Following her victory in the legal battle over her controversial remarks on pre-marital sex, the south Indian actress began her political career with the DMK in 2010 when it was in power in Tamil Nadu. Also Read - Congress Calls For Nationwide Protest Against Hathras Incident, Farm Laws: Party Sources

However, she quit the DMK in June, saying her “hard work for the DMK had been a one-way path”. In the absence of senior leader and former union minister G.K. Vasan who quit the Congress and floated a new party in Chennai recently, Khushboo’s entry is being seen as someone who could strengthen the Congress based on her political experience. Also Read - Foundation Stone Laid by Sonia Gandhi Goes 'Missing' From Atal Tunnel, Congress Threatens Protest

“Yes, she will add strength to the party, and we will utilise her based on her experience and stature,” said Tom Vadakkan, secretary of the Congress’ media wing.The Congress failed to win any Lok Sabha seat in Tami Nadu. And Vasan’s exit only added to the party’s woes.