Kiren Rijiju vs Mukhtar Abbas Naqvi: ‘Yes, I do eat beef, can anybody stop me?’ retorts MoS Home Affairs

Why Kiren Rijiju, why? 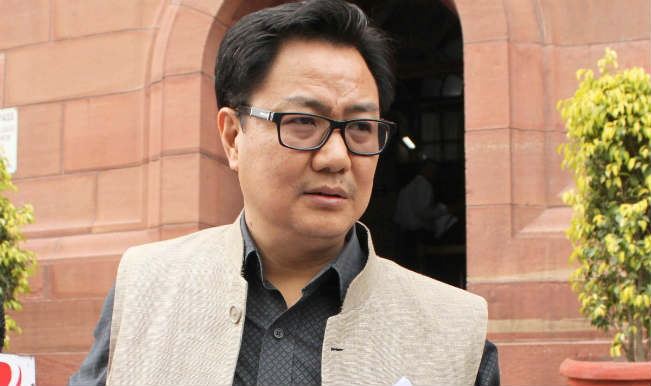 As per TV reports, while answering to a question, which referred to Naqvi’s remark, MoS Home Affairs Kiren Rijiju said, “Those states which have Hindu majority can implement laws of banning cow slaughter, but cannot be forcefully implemented in north-eastern states. Majority of people eat beef here. I hail from Arunachal Pradesh and I eat beef; can anybody stop me? Hence such topics should not be sensationalised. We are a democratic country and people here should respect each others feelings.” (Also read: Kiren Rijiju: Arvind Kejriwal only wants drama, we believe in governance) Also Read - Karnataka: Is BJP Planning to End Taluk Panchayat? Congress Questions State's Intention

Prime Minister Narendra Modi-led government completed its one year in office on May 26, and only a day after its pompous celebrations, the cracks in government seem to come to the fore. How far this statement of Kiren Rijiju will harm Bharatiya Janata Party’s (BJP) interest of banning cow-slaughter across India is for time to tell. For now, the tussle between two ministers has armed the Opposition to feast upon at a proper time!