As per legends, Shah Jahan placed it near his window from where he could see the entire Taj Mahal

The Kohinoor diamond will adorn Queen Mother’s Crown and be a part of the Crown Jewels. After all the fights and accusations, India stuck to Atithi Devo Bhava and did not ask for the diamond which was given as a gift to the Britishers. Centre on Monday informed the Supreme Court that the valuable Kohinoor diamond was not stolen by the Britishers but was gifted to them by the erstwhile ruler of Punjab.Also Read - 6 Alluring And Enticing Facts About Diamonds That You Probably Did Not Know

Kohinoor diamond is one of the oldest diamonds in the world and is believed to be more than 5000 years old. Koh-i-noor is a Persian word and means ‘Mountains of Light’. Also Read - Can't order UK to return Kohinoor: SC 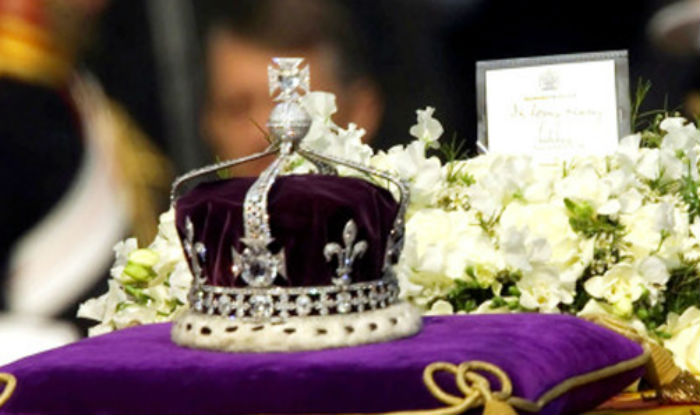 History of the diamond
More than 5,000 years old Sanskrit script mentioned the diamond and called it Syamantaka. It is believed that both were the same. Following which, there was  no mention of the precious stone over 4000 years. According to popular beliefs, the diamond came from the Kollu Mine in the Guntur District of Andhra Pradesh. (Also Read- Kohinoor diamond was gifted to British by Maharaja Ranjit Singh, India can’t claim it: Centre tells Supreme court)

Later, it came in the possession of Delhi Sultanate when they looted Southern kingdoms. In 1526, Babur acquired the diamond and has also mentioned about it in his memoirs. It later passed from Shah Jahan to Aurangazeb where it was cut to reduce its weight.

As per legends, Shah Jahan placed it near his window from where he could see the entire Taj Mahal, the resting place of his wife. The stone later came in the hands of Nader Shah in 1747, but after his dynasty ended, Ahmad Shah Durrani, who later became the Emir of Afghanistan acquired it. But in 1808, Shuja Shah Durrani was found wearing the diamond in a bracelet on a visit to Peshawar.

Following, in 1813, founder of the Sikh Empire Maharaja Ranjit Singh became the new beholder as he asked for the gem for the hospitality he provided to Durrani.

After Punjab was annexed by Britishers and as per the treaty, the Kohinoor went to Queen Victoria along with other assets. Youngest son of Ranjit Singh, Duleep Singh travelled to United Kingdom to present the diamond to the Queen. The stone was cut in 1852, as it was not found appealing. 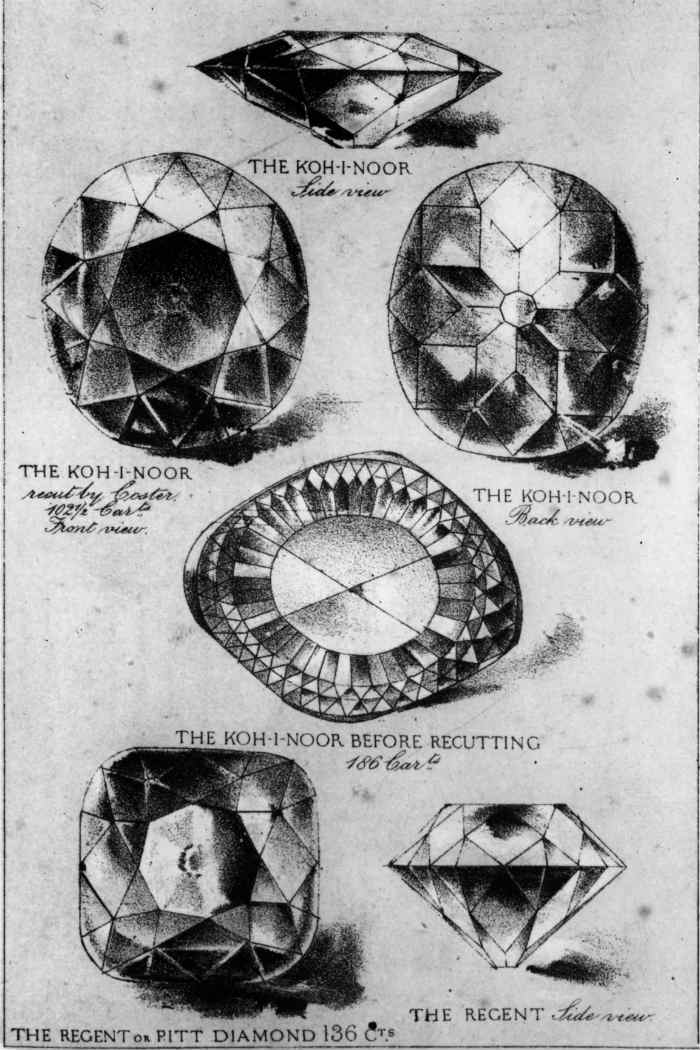 Hulton Archive circa 1860: The Koh-i-Noor and Regent or Pitt diamonds seen from different angles (Getty Images)

Although the exact value of the diamond is not known, it was believed to cost the value of half of the world’s total production costs in one day during the 1500s. Most Kings eye the diamond and hence it was stolen on many occasions. It was also bartered and gifted, but never sold to anyone. Kohinoor is one of the most expensive diamonds on the Queen’s crown. The whole value of the stunning diamonds of the crown would account to roughly between $10 and $12 billion.