The entire Durga idol, along with the pandal decorations has been ravaged in flames before the puja committee could conduct idol immersion.

Fire and Emergency Services have reached the spot to conduct relief operations. However, the pandal was already damaged by the time they reached the location. Also Read - West Bengal Extends COVID Restrictions Till Jan 31, Allows 200 Guests At Weddings | Check SOPs Here 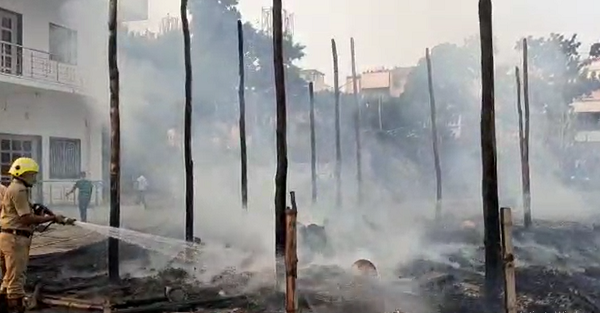