Latur, Feb 23: In what appears to be a chilling case of hooliganism, a Muslim policeman in Maharashtra’s Latur was physically assaulted, humiliated and paraded by one right-wing fringe group Shivaji Jayanti Mandal. The frenzied mob acted in such a ruthless manner against the cop because he stopped the Hindutva outfit from hoisting saffron flags at Ambedkar Chowk in Pangaon, which is officially marked as a ‘communally sensitive’ region. Also Read - 'Not Wearing Bangles', After Waris Pathan, Another AIMIM Leader Stokes Controversy, Threatens to Disrupt Peace

The incident could be tracked back to February 19, when the State was celebrating Shivaji Jayanti. In the afternoon of that Friday, some activists of Shivaji Jayanti Mandal assembled at Ambedkar Chowk in Pangaon and attempted to hoist saffron flags in the area, including one of the statue of dalit icon B R Ambedkar. Head constable of the region, K Awaskar and Assistant Sub Inspector Yunus Sheikh did not allow them to hoist the flags. Also Read - ‘Delhi Violence Happened With Full Planning, Atmosphere of Hatred Was Created,’ Alleged Owaisi 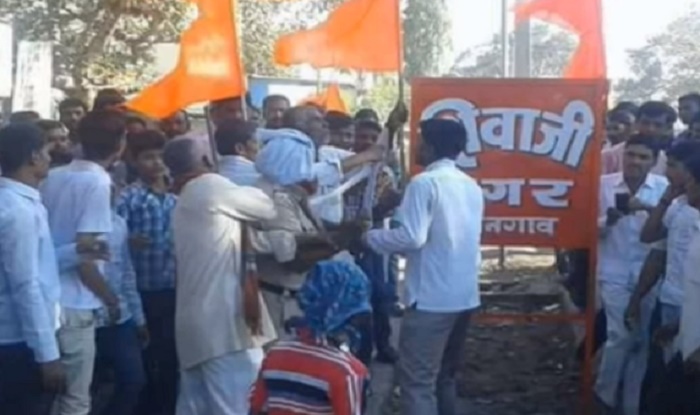 On the next morning, nearly 100 members of Shivaji Jayanti Mandal assembled outside the police station and began raising slogans against Yunus Sheikh. The chants were filled with communal overtones, reported locals. (ALSO READ: Muslim boys of Marathwada are provided terror training by Pakistan: Minister Ramdas Kadam at Shiv Sena rally)

Subsequently, Sheikh and Awaskar were dragged out and beaten by the frenzied mob. By now, the focus of the Hindutva activists were to brutally teach a lesson to the Muslim policeman rather than head constable Awaskar. Not only was Yunus thrashed with iron rods and sharp knife-like objects, but he was also made to carry the saffron flag and paraded in the town. The fringe group made the policeman himself hoist the saffron flag at the spot where they were denied to do so a day earlier. Yunus was also forcibly made to say, “Jai Bhawani. Jai Shivaji.”

After assaulting Yunus till he fainted, the fringe group also attempted to commit the ghastly act of shaving his beard in the public. However, the police force had bythen reached to control the situation. Here is the video of Yunus being paraded by the saffron goons.

“I have been led down by my colleagues. I made the call to the control room at 8:30 AM in the morning. I informed the nearby Renapur police station of the mob which had assembled to assault me. But the police force arrived after a delay of one and a half hours,” Yunus said. He is currently lodged in Latur Civic Hospital. 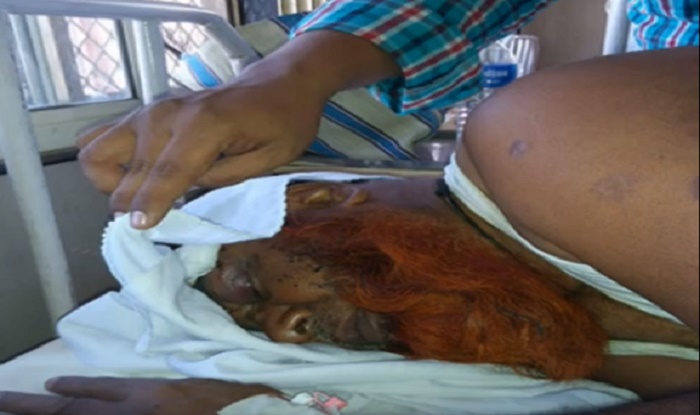 Maharashtra DGP Pravin Dixit has intervened in the matter. He has instructed Latur SP Dnyaneshwar Chavan to conduct a high-level inquiry of the incident. As of now 17 members of Shivaji Jayanti Mandal have been arrested, including a 17-year-old minor. They have been charged under IPC sections 307 (attempt to murder) and 353 (violence against Government servant). However, Yunus’ son Farooq alleged that the main culprits has not been arrested owing to their political links.

All India Majlis-e-Ittehadul Muslimeen (AIMIM) has vowed to raise the matter in the Maharashtra assembly. Party MLA Waris Pathan visited the victim on Monday and filed a memorandum to the Chief Minister’s Office demanding strict action against the culprits.