"Trust me, I will fulfil the promises," Narendra Modi on OROP. 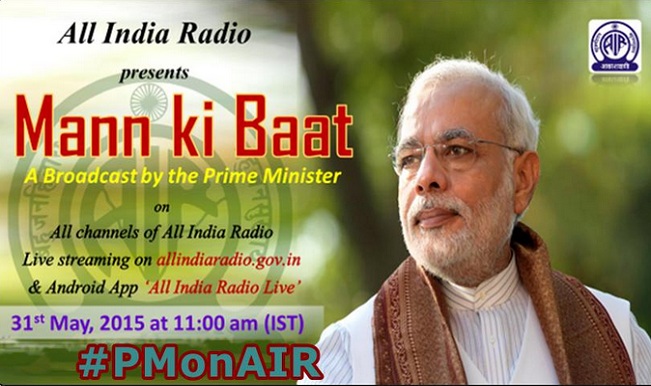 11:25 am: Prime Minsiter Narendra Modi ended his ‘Mann Ki Baat’ programme promising army personnel that his government is committed towards the implementation of One Rank One Pension (OROP) scheme in the country. “I am not talking as a PM. OROP- for 40 years this question has been persisting. Nothing happened so far. I promise you that my government will implement OROP scheme.” Modi said. He also slammed previous government for not solving the issue of OROP. Also Read - PM Modi to Launch India's Vaccination Drive on Jan 16 | This is What Centre Has Planned

11: 20 am: Prime Minister Narendra Modi urged people to celebrate first International Day of Yoga on June 21. He explained how Yoga will connect people across the world with each other. “21st June…do you remember. This day has a new identity for the world- 1st International Day of Yoga. Did we ever imagine Yoga will connect the world in this manner,” Modi said in his address. Also Read - Bird Flu: Delhi, Himachal, Goa Take Strict Action, Ban Import of Poultry Products From Outside | Details Here

11:15 am: Prime Minister Narendra Modi listed the achievements of his government during the first 365 days. “I have always wanted to work for the poor. We think of new initiatives, we take feedback on initiatives,” Modi said in his address. Narendra Modi also mentioned Kisan TV channel in his speech and said that the channel will help farmers. “Another thing that gives me a lot of joy is the Kisan TV Channel. Kisan TV channel is a channel where both the teacher and the student are farmers,” Modi said.

11:10 am: Prime Minister Narendra Modi said in his Mann Ki Baar address that success and failure are parts of our life. He spoke to students who failed in their exams and asked them not to feel disappointed. He also asked the parents of failed student not to demotivate their children.

Prime Minister Narendra Modi will address the country on ‘Mann Ki Baat’ programme at 11 am today. The eighth edition of ‘Mann Ki Baat’ will be aired on All India Radio (AIR) shortly. In his address, Narendra Modi is expected to talk about the issues related to Army personnel like One Rank One Pension (OROP) scheme. Modi in his recent interview had said that his government is committed to implementation of OROP scheme.

Narendra Modi is likely to address farmers as the controversial land bill stuck in Parliament. He also may talk with students who passed their exams and will begin a new academic year.

The ‘Mann Ki Baat’ programme on radio is a new initiative by Narendra Modi-government to reach out to the maximum populace. The first programme of ‘Mann Ki Baat’ was aired on radio on October 3 last year in which Modi had talked about shedding despondency and use of skills for the country’s betterment and prosperity.