On Sunday, Vadra, who had hinted that he may venture into active politics, saying his “experience and learning” of years should be put to “better use”.

New Delhi: Congress president Rahul Gandhi’s brother-in-law Robert Vadra on Monday stated that he will start working on joining active politics once he will be absolved from ‘baseless accusations and allegations’. “I need to absolve from baseless accusations and allegations. But yes, I will start working on it. There is no hurry.”Also Read - Priyanka Gandhi Dragged Into Police Van As Congress Leaders Detained During Protest Against Price Rise, Unemployment

He added,”People need to feel that I can make a change… All in time,” Vadra said on being asked if he wants to join politics and contest forthcoming Lok Sabha polls. Also Read - Congress Protests: Rahul Gandhi, Priyanka & Other Leaders Released After Being Detained For 6 Hours | Highlights 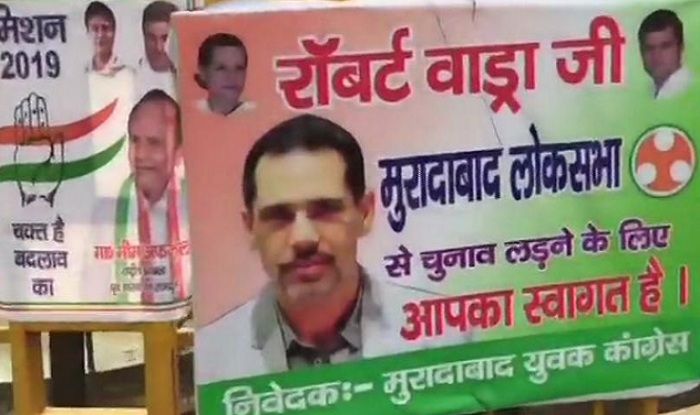 On Sunday, Vadra, who had hinted that he may venture into active politics, saying his “experience and learning” of years should be put to “better use”. In a social media post, he said that for more than a decade, “different governments” had “tried to malign” his image by “using and highlighting my name to divert (attention from) real issues of the country.”

He added,”People of the country gradually realised this modus (operandi) and knew there was no truth in any of these allegations. People reach out and show respect and wish me luck and a better future.”

Vadra further stressed that he did not consider himself as above the law and during his recent visits to the Enforcement Directorate in Delhi and Rajasthan – wherein he was questioned for hours at a stretch – he “adhered to rules”.

“I have been a person to learn from every event I go through. The years and months that I spent campaigning and working in different parts of the country, mainly in Uttar Pradesh, gave me a feeling to do more for the people and make smaller changes possible by me, in their areas. And when they got to know me, the genuine love, affection and respect I earned was humbling,” he said.

“All these years of experience and learning cannot be just wasted and should be put to better use. Once all these accusations and allegations are over, I feel I should dedicate a larger role in serving the people,” Vadra said.