Kharge also accused the government of calling the meeting only to satisfy the Supreme Court which had pulled up the Centre over the delay in appointment of Lokpal.

New Delhi, Mar 1: The crucial meeting to deliberate on the steps to be taken for appointment of Lokpal ran into trouble on Thursday even before it started as senior Congress leader Mallikarjun Kharge refused to attend it. Kharge, the Leader of the Opposition in Lok Sabha, refused to attend the meeting objecting to being called as “special invitee” in a letter addressed to Prime Minister Narendra Modi. Also Read - ‘Transparent Taxation’: PM Modi to Launch Platform on Thursday to Honour Honest Taxpayers

Kharge also accused the government of calling the meeting only to satisfy the Supreme Court which had pulled up the Centre over the delay in appointment of Lokpal.  Kharge said that Lokpal Bill has been languishing for want of “appropriate intent, commitment and objectivity on part of the government”.  “My presence (in the meeting) without right of participation would be a mere eyewash,” he added. Also Read - World Elephant Day 2020: Over 200 Elephants in India Kept in Severely Inadequate Conditions, Says World Animal Protection

“At the outset, let me state on behalf of myself, my party and the entire opposition that ‘Special Invitee Invitation” is a concerted effort to exclude the independent voice of the opposition altogether from the selection process of the most important anti-corruption watchdog,” Kharge wrote in his letter to PM Modi. Also Read - Captain vs Bajwa: Punjab CM Responds After MP's Letter to Police Chief Over Security Removal 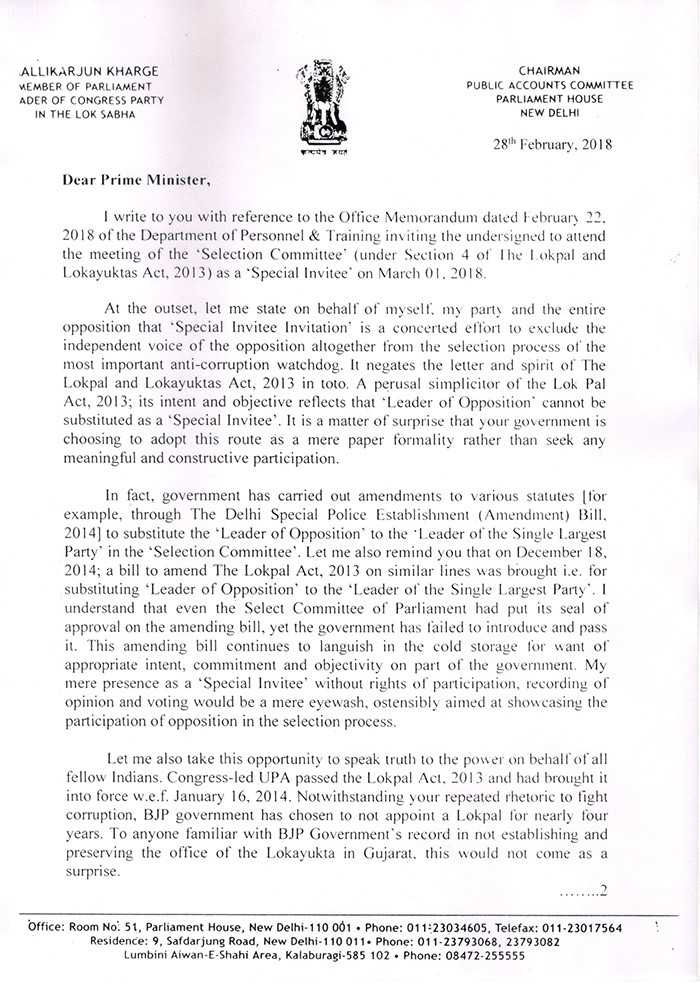 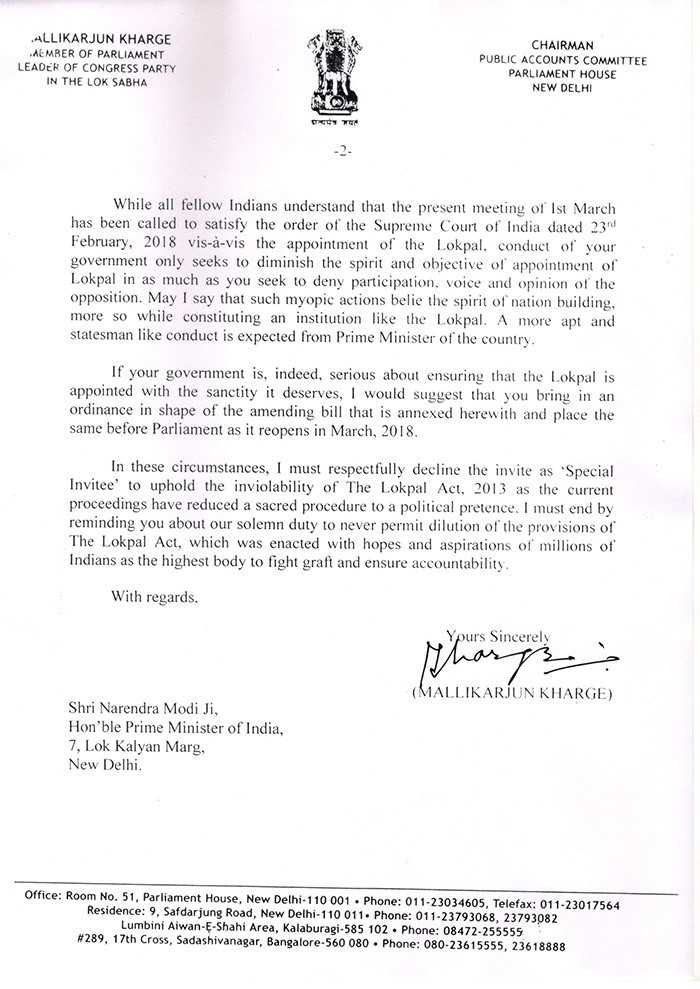 The meeting, which is scheduled to be held later today, is likely to be attended by PM Modi and Chief Justice of India Dipak Misra apart from other stakeholders.

The Modi government had informed the Supreme Court on February 23 that the process to appoint an anti-corruption ombudsman or Lokpal is underway and a meeting in this regard would be held on March 1.

Attorney General KK Venugopal had told a bench comprising Justices Ranjan Gogoi and R Banumathi that steps for appointing Lokpal have been taken and the selection panel, comprising the Prime Minister, Chief Justice of India (CJI), Speaker of Lok Sabha and leader of the largest opposition party, would hold a meeting on March 1 to discuss the issue.

The apex court deferred the matter to March 6 and asked the Secretary of Department of Personnel and Training to file an affidavit about the “steps taken and proposed”.