Is Usha Thakur creating the Garba issue to earn votes or create problems between two religions? 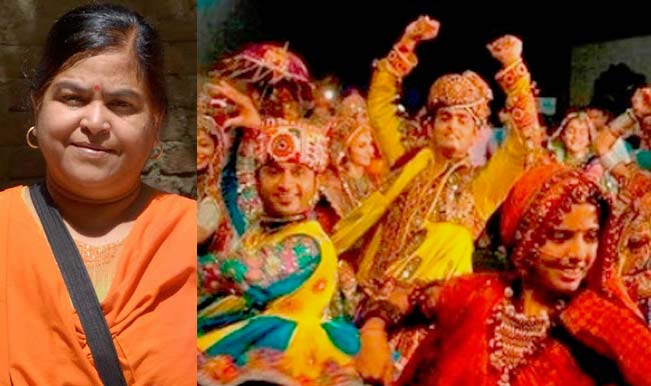 Usha Thakur, Bharatiya Janata Party (BJP) legislator and state vice-president from Indore says she wants to block Muslims from going to the Garba or even participating in the Gujarati dance festival that’s coming in October. Thakur is also taking the initiative of drafting a letter to Garba organisers in her constituency and pledging them to stop Muslim men from participating in the dance so as to stop them from interacting with the females. Also Read - CBSE Class 12 Board Exams 2021: Board Acknowledges Error in Sociology Paper on 'Gujarat Violence', to Take Action Against Paper Setters

All her assumptions and claims are based on a meeting of doctors, engineers and senior police officers before the festival season. Thakur reportedly claims that during Garba more than four lakh girls convert to Islam each year. This awareness campaign has been started to stop this practice and save innocent girls from being victims. It has been noticed several times that many Muslim males put tilak and wear the sacred thread and actively participate in the Garba. Also Read - Punjab Assembly Polls: Akali Dal's Manjinder Singh Sirsa Joins BJP In Presence of Union Ministers

BJP has made a smart move by separating themselves from the Usha Thakur controversy after being criticised by opposition party Congress.

Usha Thakur wants society to stop the concept of ‘Love Jihad’. The major question which arises here is that the claims and ideas of Ms Thakur are totally illogical and unreasonable. How can anyone force things on society or on any religion? Now various political parties are raising the issue of Love Jihad – a nonsensical term used for Muslims who convert Hindu women for marriage.

The Love Jihad concept was never an issue until it was raised to such a level where politicians are targeting Muslims while keeping themselves away from almost everything. is

Why is Usha Thakur only targeting Muslims? Are only Muslims at fault here? Hindu females are equally responsible for converting their religion. Nothing is one-sided; it’s a decision between two people. Then why is the BJP legislator suddenly pointing fingers on Muslim youth?

Apart from this, there are several other instances where the BJP has tried and separated Muslim people from others. It only gives the impression that the so-called democratic country of India is slowly and steadily targeting Muslim youth.

Is BJP trying to manipulate people’s minds before the assembly elections? The Narendra Modi-led BJP was supposed to be a broad minded party now, but it actually showed its true colours by targeting Muslims. Usha Thakur is doing nothing but trying to raise communal tensions between two religions.

The biggest concern here is that elections are nearing. Is Usha Thakur creating the Garba issue to earn votes or create problems between two religions? Let’s see how successful Ms Thakur’s initiative turns out to be!