Lt. General Nirbhay Sharma (retd.) was sworn in as the 17th governor of Mizoram at the Durbar Hall of Raj Bhavan here on Tuesday. 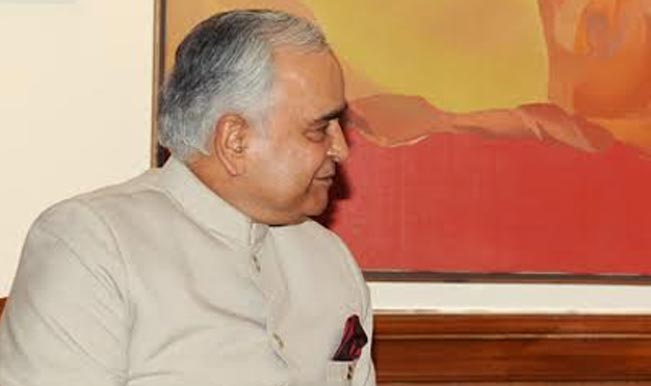 Aizawl, May 26: Lt. General Nirbhay Sharma (retd.) was sworn in as the 17th governor of Mizoram at the Durbar Hall of Raj Bhavan here on Tuesday. The Congress-ruled Mizoram has earned the dubious distinction of having eight governors in the past ten months. Guwahati High Court judge, Justice T. Vaiphei, administered the oath of office to Lt. Gen. Sharma at a simple ceremony, conducted by state chief secretary Lalmalsawma. Chief Minister Lal Thanhawla, his cabinet colleagues, legislators from both the ruling Congress and the opposition Mizo National Front (MNF), senior civil, police and army officials attended the ceremony. (Also read: Mizoram observes State Day; Narendra Modi conveys his greetings to people of the state) Also Read - Coronavirus Lockdown: Schools in These States Won’t Open Till Year-end | Complete List Here

Lt. Gen. Sharma was earlier governor of Arunachal Pradesh. He was transferred to Mizoram by President Pranab Mukherjee on May 12. West Bengal Governor Keshari Nath Tripathi was holding the additional charge of Mizoram till now. Lt. Gen. Sharma joined the Indian Army as a Commissioned Officer in December 1966. As a young Captain, he fought in the 1971 India-Pakistan war and was part of the airborne assault group, the first Indian Army unit to enter erstwhile East Pakistan capital Dhaka. Also Read - Schools in This State to Remain Closed Till Year End to Curb The Spread of Coronavirus | Check Details

During his 40-year-long distinguished service in the army, besides commanding a battalion on the India-China border, he was part of the Sino-Indian Working Group and coordinated counter-insurgency operations in the north-east region with civil agencies and inter-ministerial delegations. As Director General (Perspective Planning) in the Army Headquarters, Sharma worked on the restructuring of the army headquarters and assisted in drafting the ‘Army Vision 2020′ document.