Tremors of a high-intensity earthquake that shook east and north India, with its epicentre in Nepal, were felt at many districts in Madhya Pradesh and adjoining eastern Maharashtra. 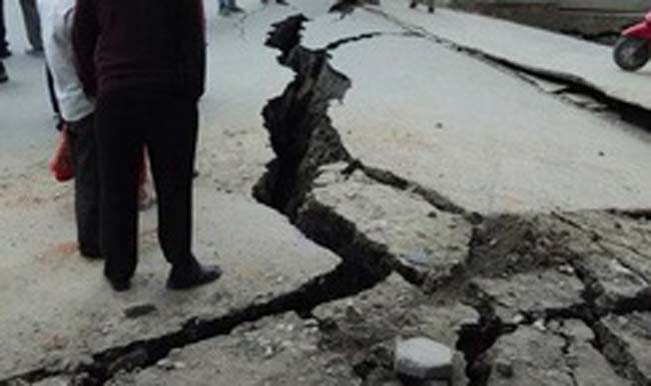 Bhopal, Apr 25: Tremors of a high-intensity earthquake that shook east and north India, with its epicentre in Nepal, were felt at many districts in Madhya Pradesh and adjoining eastern Maharashtra. However, no causalities were reported from any place. The jolts of the earthquake were experienced at many places in Madhya Pradesh, including Bhopal, Gwalior, Mandla, Hoshangabad, Sidhi, Indore, Chhindwara and Shahdol among other districts, Met Department officials said here. Also Read - Earthquake of 4.3 magnitude Hits Myanmar, No Casualties so Far

In capital Bhopal, shoppers and staffers in state secretariat and other offices ran out to streets for safety after experiencing the tremors for a few seconds around 11.45 am. The jolts created panic in Indore, where residents of multi-storeyed buildings came out on the streets. (Also read: Earthquake in Nepal and Northern India Live News Updates) Also Read - Magnitude 4.0 Earthquake Strikes Pithoragarh in Uttarakhand

The tremors were also felt in Jafar Nagar, Jaripatka and some parts of central Nagpur in adjoining Maharashtra. However, no casualty or damage to property has been reported, police said. Deputy Director General, Geological Survey of India, Shekhar Sarkar, told PTI that data has been sought from regional seismic observatories located in Nagpur and Jabalpur.