Nestle CEO Paul Bulcke said that Maggi is fully safe for consumption and also maintained that we do not add MSG to the popular snack item. 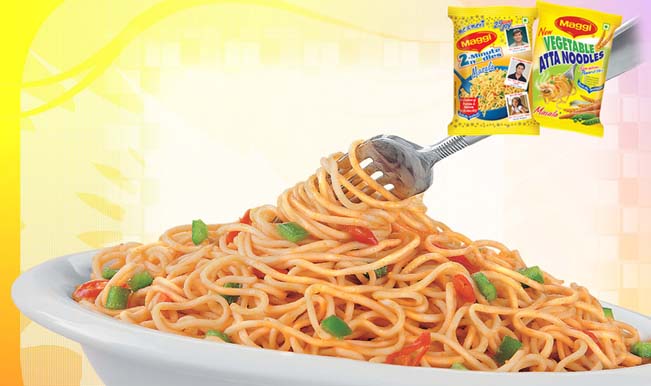 01.10 PM Update: Central food safety regulator FSSAI has ordered Nestle to rollback its 9 variants of Maggi instant noodles from market and has given 3 days to file a compliance report. FSSAI spokesperson said, “Maggi is unsafe and hazardous for human consumption. Also, Maggi Oats was launched without any approval.” Also Read - Chyawanprash, Maggi, Parle G, Grooming Kit: These Are What Indians Bought During Lockdown

01.00 PM Update: Nestle CEO Paul Bulcke says, “We are taking Maggi noodles off the shelves until the situation is solved.” Maggi is withdrawn from Indian market due to issues raised by concerned authorities. Bulcke also said that no MSG would be removed from the label. Also Read - Nestle India Offers Internship to 1000 Youngsters Amid COVID-19 Lockdown

12.50 PM Update: “Nestle results show that lead in Maggi noodles is below permissible limits,” said Nestle CEO Paul Bulcke. The global CEO of Nestle also added that their priority is to clarify on the safety of the product and also that Maggi is back on shelves as soon as possible.

12.40 PM Update: Clearing the air on the ongoing controversy of Maggi, Nestle CEO said, “There was no Lead found in our internal tests conducted on 1,000 batches of Maggi. The recent events have led to confusion. So far, we don’t have data from any of the third party tests conducted on Maggi.

12.30 PM Update: Nestle CEO Paul Bulcke said, “Maggi noodles are trusted in India for 30 years. Some ingredients that were sourced for Maggi might have portions of MSG added. Maggi banned in Bihar for 30 days!

12.25 PM Update: Addressing the press conference in Delhi, Nestle CEO Paul Bulcke said that Nestle follows the same set of standards across the world and will never compromise on the quality. Bulcke further added that the company is also trying to understand what kind of tests were conducted here in India.

12.20 PM Update: Paul Bulcke said that people’s faith in Nestle product- Maggi has been shaken due to the ongoing controversy. Bulcke reiterated that Maggi noodles are safe for consumption in India. Bulcke also said that there is some confusion amongst the people over the ingredients. He added that the brand is not hit globally!

12.15 PM Update: Nestle CEO Paul Bulcke said that Maggi is fully safe for consumption and also maintained that we do not add MSG to the popular snack item. Bulcke, Nestle also threw light on the controversy surrounding instant noodles. Consumer interests is our top priority, said the global CEO of Nestle.

Earlier, Maggi’s sale was called off by Nestle after reports from various states like Gujarat, Tamil Nadu, Kerala, and Jammu & Kashmir had banned the noodles. “There are tests being taken across the states and the reports are being awaited. We will soon take action after we receive all the reports,” said Health Minister J P Nadda. (Also read: Maggi contains excessive lead controversy: ‘Nestle India confirms extracts of beef, pig fats and dangerous chemicals in its products’, claims WhatsApp message)