Maharashtra Bharatiya Janata Party legislators will meet up to elect the party leader as part of the government forming process. 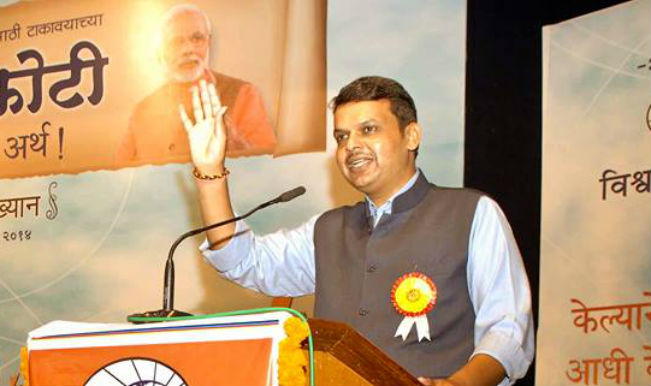 Maharashtra Bharatiya Janata Party legislators will meet up to elect the party leader as part of the government forming process. The newly elected legislators will gather at Vidhan Bhavan to elect the leader amid Shiv Sena’s desired candidate for a coalition between the two parties as BJP fell short of a majority by 23 seats in the 288-member Assembly. BJP won 122 seats in the 288-member Assembly. Also Read - BJP Candidates List For West Bengal Assembly Elections 2021

The party meeting will start today t at 4pm today in Vidhan Bhavan in the presence of all the key members of the party. Devendra Fadnavis has emerged as the front-runner for the CM’s post after the assembly elections.  No Shiv Sena member is said to be present at the official proceedings, only six members will take oath along with Devendra Fadnavis, namely Sudhir Munghantiwar, Eknath Khadase, Pankaja Munde, Vinod Tawdwe, Prakash Mehta. As per the reports BJP may stake claim to form the government in Maharashtra by 6.30 pm. The BJP will hold the swearing-in on October 31. Read- Devendra Fadnavis: 5 things you need to about Maharashtra’s likely BJP chief ministerial candidate Also Read - ‘200% Confident of Victory’: Suvendu Adhikari Says Will Defeat Mamata Banerjee by Over 50,000 Votes in West Bengal Assembly Elections 2021

Sena leader and spokesman Sanjay Raut said “If Shiv Sena and BJP come together to form a government it will be stable. Our ties with BJP are very old. Whatever happened during the election we have  forgotten. Ours is not like an India-Pakistan fight. The people have given mandate to BJP. It has got more seats. It is our duty (to lend support to BJP). Sena’s support will always be there for a Chief Minister who works in the interest of Maharashtra.”

Assured by faith in BJP, Anil Desai is also confident about BJP designating the coveted post for the next Chief Minister of Maharashtra.The Rajya Sabha MP and Shiv Sena Secretary said, “The people of Maharashtra have given their mandate for a stable government, and now it is the responsibility of both the BJP and the Shiv Sena to begin official talks to ensure government formation.”