Maharashtra Assembly Elections are just few weeks ahead but the rift between Bharatiya Janata Party and Shiv Sena is getting wider day by day. 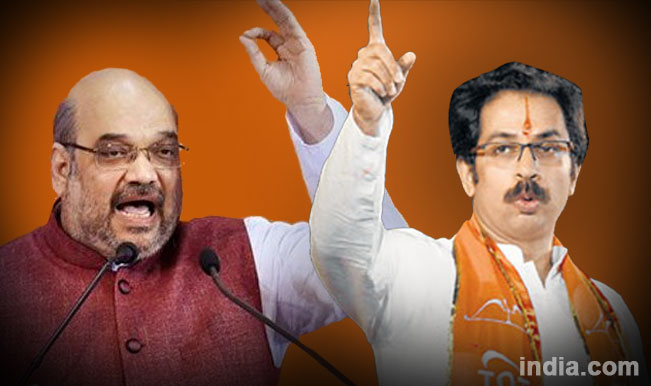 The Maharashtra Assembly Elections are just few weeks away but the rift between the Bharatiya Janata Party (BJP) and Shiv Sena is getting wider day by day. Now the Sena-BJP‘s talks over seat-sharing have entered a critical phase. Terming it as the ‘last attempt’ to save alliance, Shiv Sena chief Uddhav Thackeray offered the BJP 119 seats and small parties 18 seats while keeping 151 seats for itself, of the 288 assembly seats of the state. The BJP had been demanding 135 seats, but looking at Shiv Sena’s stubborn behaviour it had reduced its demand to 130 seats. Also Read - Monsoon Session Updates: Congress Leader Ghulam Nabi Azad Meets President Kovind to Discuss Farm Bills

But the Sena this time doesn’t want to leave any stone unturned to come to power again and get the chief ministerial post. Offering 119 seats to the BJP, Thackeray said in a press conference, “This is my last effort to save the alliance.” On the other hand the BJP rejected the ‘final formula’ proposed by Sena claiming that party has been compromising always, now Sena’s turn. BJP leader Eknath Khadse said, “We have always worked to save the alliance, BJP has sacrificed but they (Shiv Sena) don’t compromise on their front.” Also Read - Sonia Gandhi Returns With Son Rahul From US Post Health Check-up Amid Ongoing Monsoon Session

Khadse further said, “You don’t discuss these things through media, these things are discussed face to face.” Clearing BJP’s stand over seat sharing, Khadse said that they had been demanding the seats on which they (Shiv Sena) did not win in 25 years. Khadse said, “The winning percentage of BJP is better than Shiv Sena in last assembly election, That is why we are demanding more seats so that we can defeat the Congress-NCP alliance.”

In the 2009 Assembly polls, the BJP fought on 119 seats while Shiv Sena contested on 169. BJP managed to win 46 seats while Sena was victorious on 44 seats. After BJP rejected the ‘final offer’ by Shiv Sena, now ball is in Sena’s court again.