The party has fielded CM Devendra Fadnavis to contest from Nagpur South West. Maharashtra will go to polls on Oct 21. 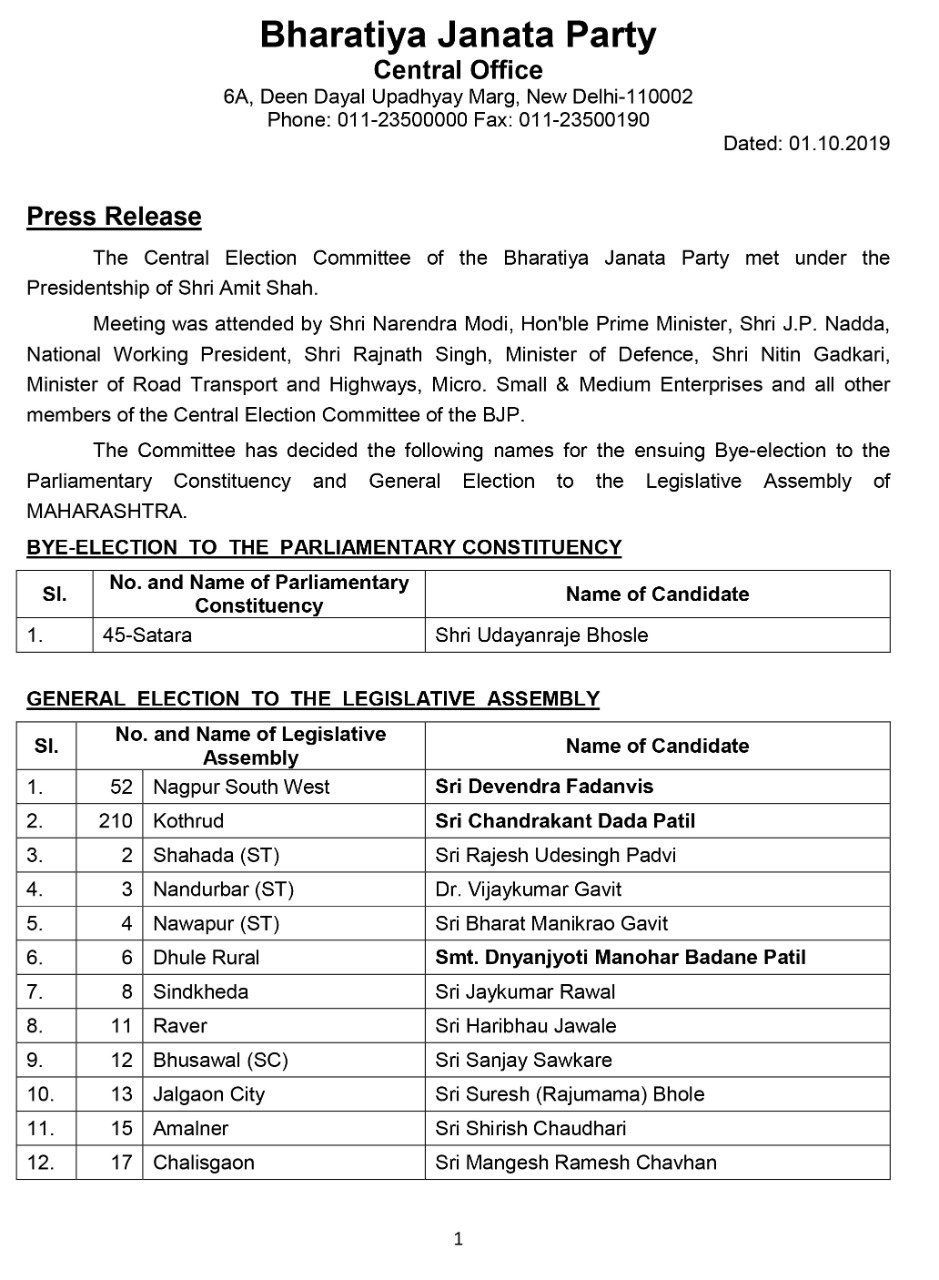 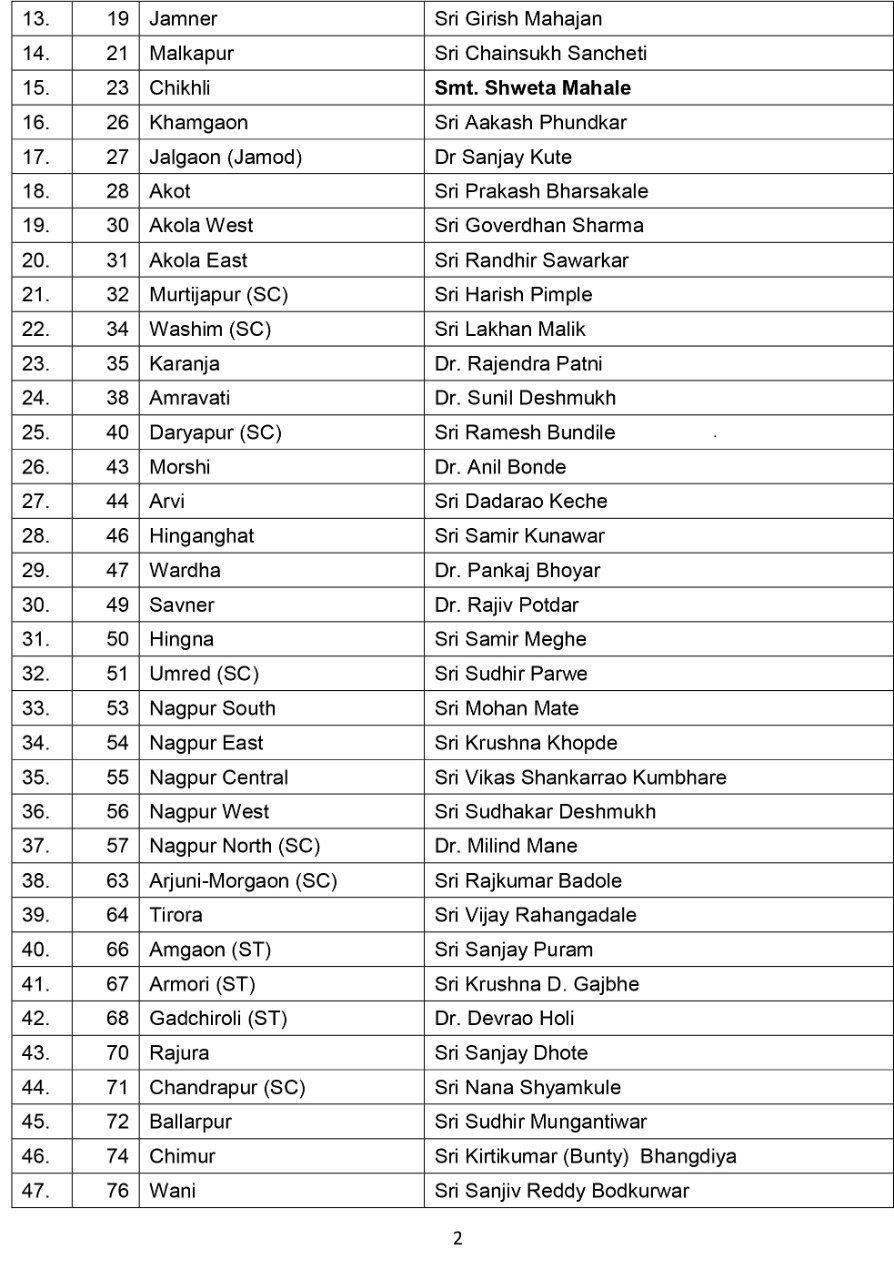 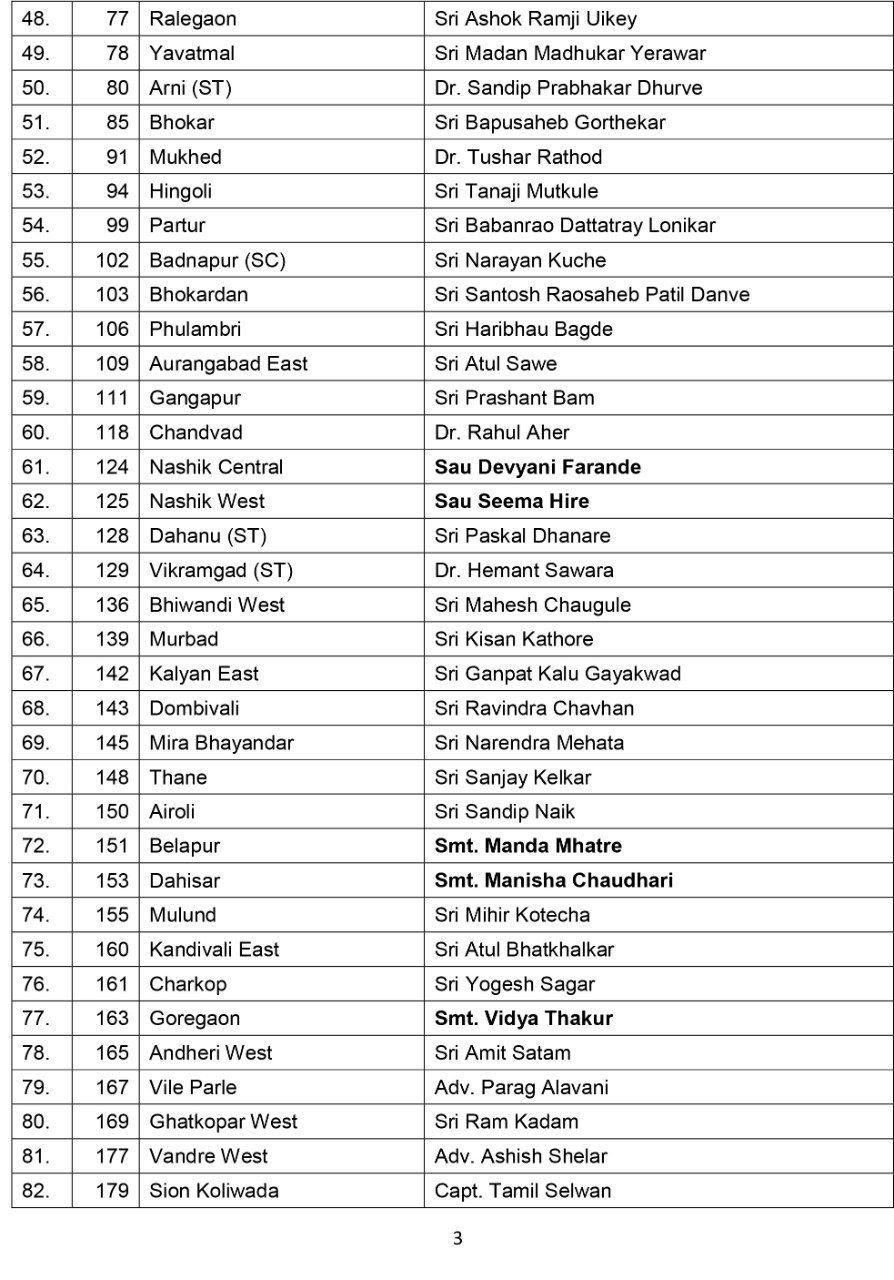 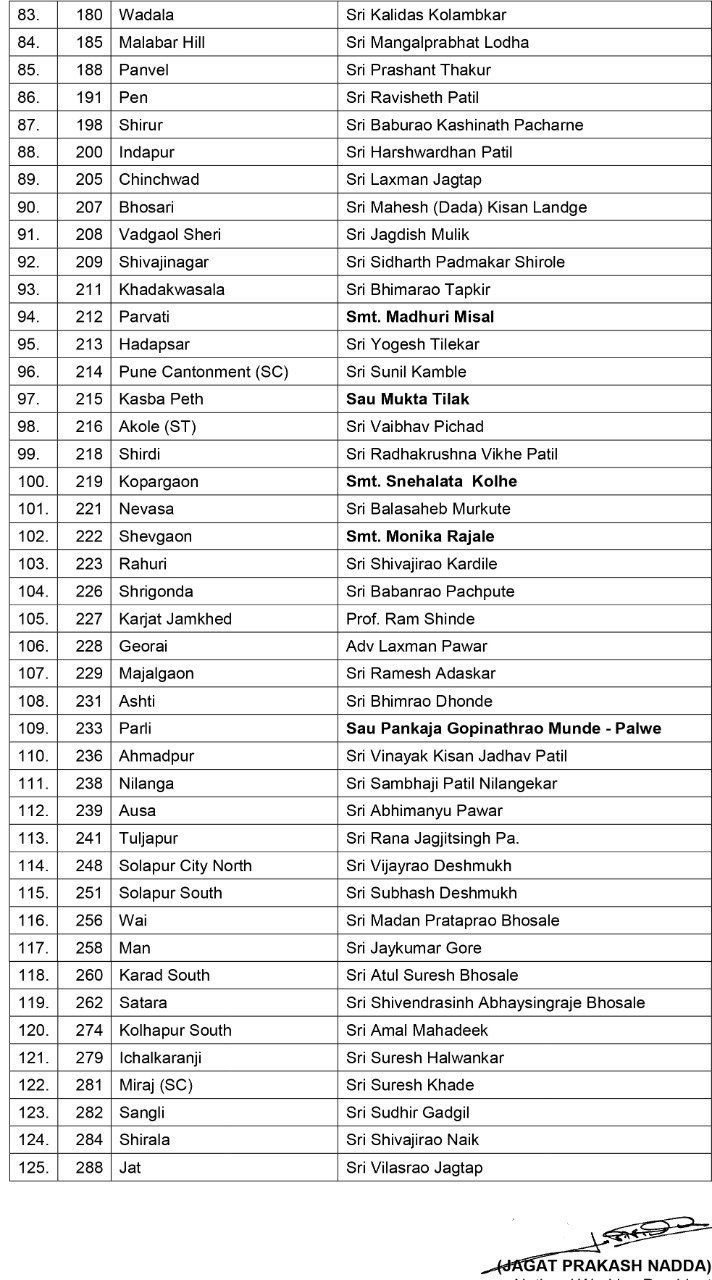 In the 2014 Assembly elections, the BJP failed to get majority on its own but emerged as the single-largest party by winning 122 seats of the total 288.

Uddhav Thackeray-led Sena came second with 63 seats. This year, BJP-Sena will contest the polls together. Addressing a press conference, Shiv Sena president Uddhav Thackeray had said that there is no doubt in Sena’s coalition with the BJP, and there is no rift between the parties.