Maharashtra Assembly Elections 2014: All options are open to me, says Uddhav Thackeray 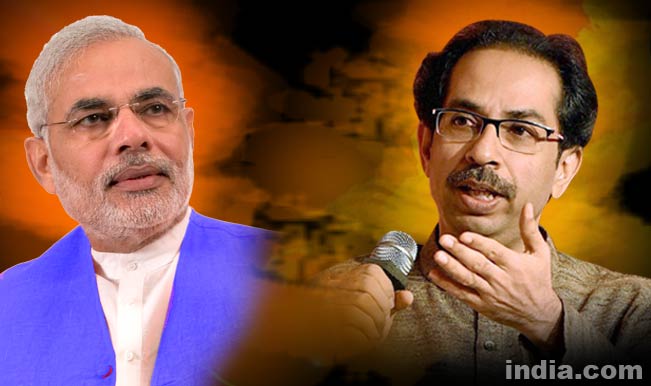 Prime Minister Narendra Modi led Bhartiya Janata Party is going to be the largest party in Maharashtra and Haryana. The BJP is the single largest party with majority eluding it in the 288-member house. BJP is leading with 25 and Shiv Sena with 16, there is no way to part ways other than forming the government by joining hands in Maharashtra. Also Read - Republic Day 2021: India All Set For Mega Celebrations Amid Elaborate Security Arrangements | Key Points

After the split of BJP-Shiv Sena alliance, everyone expected different scenarios in Maharashtra. Sena had poured out editorials saying how BJP cheated the party and was not someone worth trusting. However, after all the fights, Shiv Sena Chief Uddhav Thackeray said that all options are open to him which clearly means that he is open to mending the ties with BJP. Also Read - Farmers Could Have Chosen Any Other Day Instead of January 26: Narendra Singh Tomar on Tractor Rally

He has also called BJP is the enemy and said that the party is hungry of power. Shiv Sena had tightened its grip with accusation after both the parties decided to contest Assembly Elections 2014. With today’s results, now results say that BJP is waiting for Shiv Sena’s answer to working its alliance and Uddhav Thackeray’s new statement seems to a hint agreeing to the link. While Uddhav Thackeray is saying that he is open to considering options it is strange that Sena worker are keen on seeing their leader as the Chief Minister. However, we will have to wait for a strong statement to see which big wigs would like to support each other this time.