The voters of Maharashtra have sealed their votes on October 15 and it will decide the future of 288 seats of the Maharashtra Assembly. 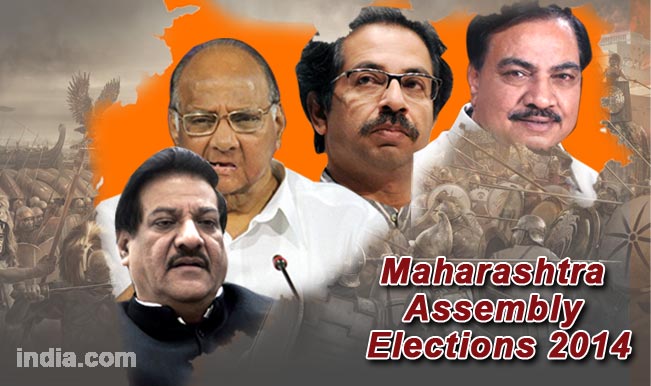 The voters of Maharashtra have sealed their votes on October 15 and it will decide the future of 288 seats of the Maharashtra Assembly. According to reports, Maharashtra witnessed almost 64 per cent voting. Though the Maharashtra Assembly Elections 2014 Results will be announced on October 19, the exit polls conducted by several media organisations predicted that the Bharatiya Janata Party (BJP) would emerge as the largest party in Maharashtra that may put an end to over 15-year rule of Congress-Nationalist Congress Party (NCP) in the state. Also Read - Here's the Cheque But...: Digvijaya Singh Donates Rs 1.11 Lakh For Ram Temple With One Condition

According to the exit poll results of Maharashtra Assembly Elections 2014 conducted by India Today-Cicero, the saffron party may repeat the victory of Lok Sabha Elections 2014 and win 124 seats out of 288 assembly seats. Exit poll predicts that the BJP may not touch the magic figure of 145. In Maharashtra that witnessed five-cornered contest, Shiv Sena will get second spot with 71 seats, exit poll suggested. BJP-Shiv Sena contested elections separately after their 25-year-old alliance got end. Also Read - Suvendu Vows To Defeat Mamata As Bengal CM Announces To Fight From Nandigram Seat | Key Points

The vote share percentage for both the parties has been increased. The exit poll claims that BJP would become successful to grab 27 per cent of vote share while Sena would get 21 per cent.
The exit poll results did not bring any positive news for Congress and NCP. As per the exit polls, both the parties would face anti-incumbency backlash and win just 35 and 29 seats respectively.

In the 2009 Maharashtra Assembly Elections, Congress and NCP formed government in Maharashtra after winning 82 and 62 seats respectively; while the BJP managed to win 46 and Sena won 44 seats.

The exit poll says Raj Thackeray’s Maharashtra Navnirman Sena that won 13 seats in 2009 assembly elctions, may get only seven seats this time.

The exit poll clearly projects the BJP as the single largest party but it would need support of other parties to achieve the majority number; 145. BJP will have two major options; go with Sena or NCP. But the pre-poll war of words between the Sena and BJP fizzles out the speculations of post poll alliance. The Maharashtra Assembly Election Results will be announced on October 19.