Celebrations have already begun outside the Bharatiya Janata Party headquarters here, with trends showing that the BJP leading in both Haryana and Maharashtra 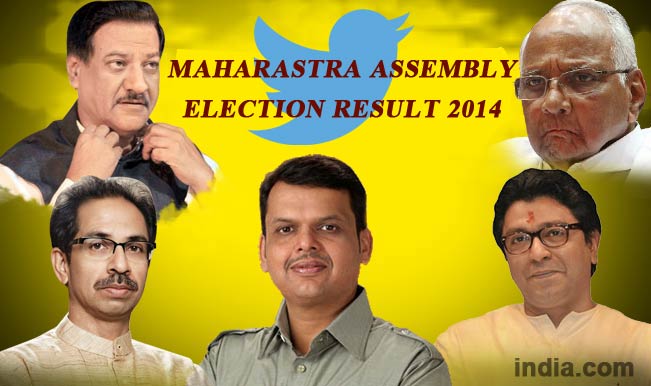 Celebrations have already begun outside the Bharatiya Janata Party headquarters here, with trends showing  that the BJP leading in both Haryana and Maharashtra. Early trends show that BJP is leading in 45 seats in Haryana and 98 in Maharashtra. With trends indicating that the BJP is all set to cross the half-way mark in both Haryana and Maharashtra, and it may form a government with help from the Shiv Sena in the latter. Twitterati is all for the Prime Minister and his party. While people are still debating why and with whom would BJP make an alliance many are happy with the majority of BJP. Read-Maharashtra State Assembly Election Results 2014 Live news Update: BJP wins 3 seats; leads on 116 Also Read - Twitter to Launch New Emoji Ahead of Republic Day | Check it Out Here

The current trends show BJP is leading on 116 seats while Shiv Sena has made its dominance on 63 seats. Congress and NCP are still trailing with having lead on 44 and 43 constituencies. MNS maintained its lead on seats 3. Also Read - Sharad Pawar Warns Centre To Take Back Farm Laws As Massive Crowd Turns Up in Mumbai's Farmers Rally

Here are some of the tweets congratulating the party for their majority win in  the state.

To all my BJP brothers and sisters in Maharastra and Haryana , it is your hardwork which is showing in form of results. This is #AcchaeDin

30% + voters share for BJP in #MaharashtraElections kudos to BJP and RSS karyakartas and @narendramodi and @AmitShahOffice.