Maharashtra Bandh Called Off by Prakash Ambedkar After a Day of Unrest in Mumbai, Pune, Other Cities

The Maharashtra bandh by Dalit groups was called off by BR Ambedkar's grandson Prakash Ambedkar of Bharip Bahujan Mahasangh Party on Wednesday evening.

Mumbai, Jan 3: The Maharashtra bandh by Dalit groups was called off by BR Ambedkar’s grandson Prakash Ambedkar of Bharip Bahujan Mahasangh Party on Wednesday evening. The bandh that began on Wednesday morning and crippled several cities including Mumbai, Pune and Aurangabad was called off at around 4 pm. The bandh was called to protest against the caste-based violence during the celebration of the 200th anniversary of the Bhima Koregaon battle in Pune district on January 1. Ambedkar said that the bandh was peaceful. Also Read - Coronavirus in Maharashtra: Will Lockdown be Imposed in Aurangabad? Major Announcement Tomorrow

Later in the evening, Maharashtra Chief Minister Devendra Fadnavis ordered a probe into incidents of violence across the state. ” Inquiry will be conducted in the incidents of violence that took place across Maharashtra. We are monitoring the CCTV footage of the violence,” Fadnavis told reporters in Mumbai. Also Read - After Taapsee Pannu, Anurag Kashyap Takes Dig At Haters Over I-T Raid, Says 'We Restart DoBaaaraa' 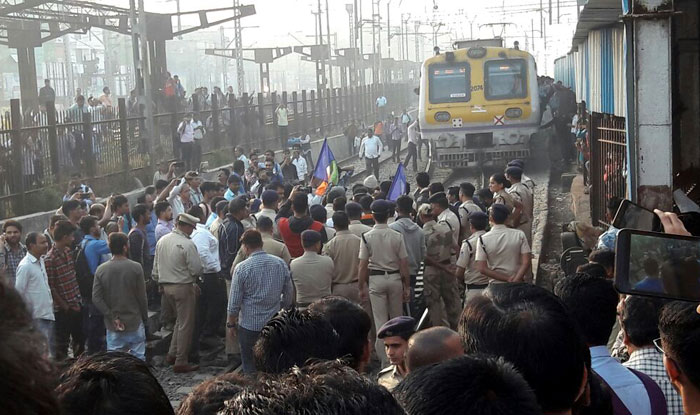 Several incidents of road and rail route blockades were reported during the day as protesters took to streets for  blocking major road, rail routes. In Mumbai, the bandh took a toll on road traffic, rail traffic, business and even Bollywood. Internet services were suspended in Aurangabad, where some incidents of public transport and other vehicles being damaged were reported. Also Read - IPL 2021 in Mumbai? BCCI to Get Full Support From Government to Host T20 Tournament at Venue

Inquiry will be conducted in the incidents of violence that took place across Maharashtra. We are monitoring the CCTV footage of the violence: CM Devendra Fadnavis #BhimaKoregaonViolence pic.twitter.com/DNqzPHPC0Y

Schools and colleges remained shut in Pune, Aurangabad and Nashik during the day. In Mumbai, schools and colleges opened early morning but were forced to suspend classes mid-day  as protests started to spread across the city. The bus drivers’ association refused to ply buses during the day in fear of buses being vandalised by protesters. Examinations were postponed for Mumbai University students who couldn’t make it for their examination. Mumbai’s famous dabbawallas also remained off work today.

The Maharashtra bandh affected the rail and road traffic majorly in Mumbai. Protesters attempted ‘rail roko’ at several places including Thane, Ghatkopar, Nallasopara, Dombivli, Kanjurmarg among other places. The Western Line, Harbour Line as well as Central Line faced several delays as trains were stopped by protesters at some stations. Violence was also reported at some stations. Reports said the ticket counter was damaged at Dombivli station while benches were thrown on railway tracks at Kanjurmarg station. The trains started running smooth, with a 15-20 minutes delay at around 4 pm today. (Maharashtra bandh in pictures and videos)

The road traffic also remained crippled during the day. While autorickshaws and taxis stopped plying after having to face protests, cab services Ola and Uber were also not working through the day. Huge traffic jam was seen on the Eastern Express Highway as hundreds of protesters blocked the highway at Ghatkopar. Protests also blocked Chembur, Sion, Wadala, Parel, Worli, Bandra-Kurla Complex and MMRDA Grounds among other places. Shops were shut in many areas over the bandh. Protesters also blocked the Western Expressway at Bandra and Andheri. The roads were cleared after the bandh call was withdrawn. Some incidents of vandalism were also reported from Vikhroli in Mumbai where protesters pelted stones on vehicles that were parked on the road.

Incidents of vandalism were also reported from Aurangabad, Pune and Nagpur where protesters took to streets during the day.

What Happened on January 1 in Pune

The violence erupted on Monday in Pune at an event to mark the 200th anniversary of the battle of Bhima-Koregaon in which the British Army comprising Dalits had defeated the Peshwas. A large section of Dalits view the historical battle as the defeat of the ‘casteism’ of upper-caste Peshwas. Alleging inaction by police, Dalit youths swooped onto the roads and protested.

Maharashtra Chief Minister Devendra Fadnavis announced a judicial probe by a sitting High Court judge and a CID investigation into the Koregaon-Bhima incident.