All Eyes on Maharashtra as Uddhav Thackeray Set to Expand His Cabinet Today; Ajit Pawar May Return as Deputy CM

A total of 36 ministers -- including those of Cabinet Minister and Minister of State ranks -- are likely to be inducted.

New Delhi: All eyes are set on Maharashtra as Chief Minister Uddhav Thackeray will expand his Cabinet on Monday. Reports have claimed  Nationalist Congress President (NCP) President Sharad Pawar’s nephew Ajit Pawar, who had joined hands with BJP to become deputy CM for 48 hours, is likely to be handed the same portfolio today.

A total of 36 ministers — including those of Cabinet Minister and Minister of State ranks — are likely to be inducted. Maharashtra Governor BS Koshyari will administer the oath to the new team around noon in the Maharashtra Legislature precinct.

Latest reports have claimed that Chief Minister Uddhav Thackeray’s son and Shiv Sena MLA from Worli may take path as one of the ministers in the state. If reports come true, Thackeray scion will become one of the youngest ministers of the state.

A total of 12 Congress leaders, 14 NCP leaders and 16 Shiv Sena leaders are expected to be inducted in the Maharashtra Cabinet. 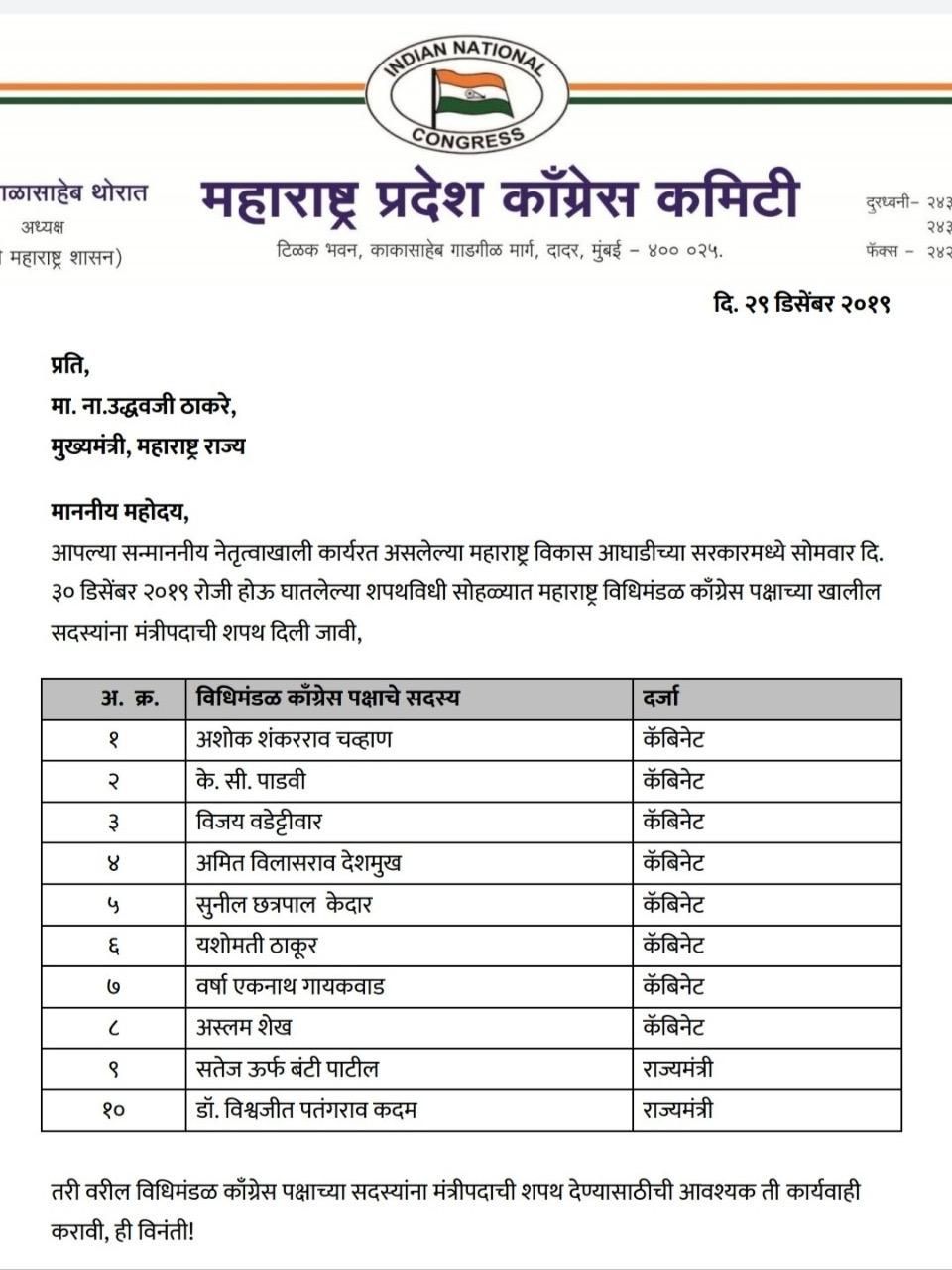 On November 28, two each from NCP and Congress and  Shiv Sena had taken oath along with CM Thackeray. The total strength of the Maharashtra cabinet is 42, including the Chief Minister.