It will be better if the promises made in poll campaigns by BJP are delivered. There will be no excuses as even the Central Government is a BJP-led government. 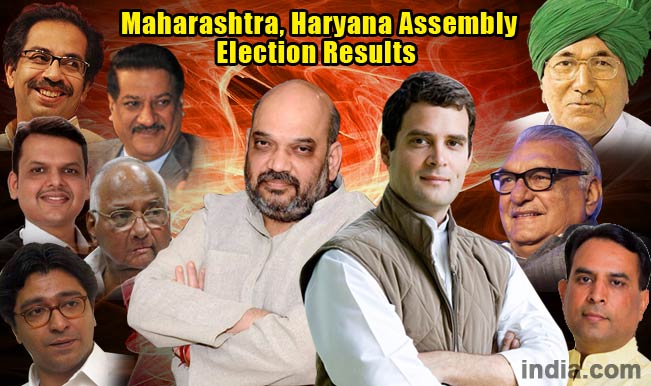 October 19 saw the Indian National Congress (INC) saw Congress party stoop to a new low, when the results of 2014 State Assembly Elections in Maharashtra and Haryana did not go in its favour. Riding on Narendra Modi wave, the Amit Shah-led Bharatiya Janata Party (BJP) emerged as the single largest party in both the states and will form the first BJP party in Haryana. Previously, both the states were ruled by Congress governments, but the Assembly Election results proved to be disastrous for them. The results not only defeated them but ensured that the party couldn’t even stay at the second position and slipped to third position. Also Read - Maharashtra MMRDA Recruitment 2021: 127 Vacancies For Various Engineer Posts Notified | Check Pay Scale, Job Details Here

The Assembly Election results in Maharashtra gave the saffron party a majority as it won 123 seats in 288-seat assembly. The Shiv Sena stood at second position with 55 seats. The Congress stood third as it won 43; one more than former ally NCP, which won 42 seats. The political scenario in Maharashtra was on cross roads until the very last minute as the state saw two long and strong alliance break. BJP decided to take on Shiv Sena for their respect for Late Balasaheb Thackeray. However the Shiv Sena took on Modi and even made personal remarks which only made them lose their credibility. Congress and NCP took on every party with guile and ensured that there was no bit of political verbal barbs left with them. MNS-supremo Raj Thackeray failed to make an impact as it couldn’t make any impact and ended up winning only one seat. Also Read - Vaccination Drive Suspended in Maharashtra Till Monday Due to CoWin App Glitches

With the BJP emerging as the largest party, the party is claiming to form the government and that the chief minister will from their party. However the party has 20 lesser seats than the required numbers. The NCP came in surprising support as senior leader Praful Patel said that his party will offer unconditional outside support to the BJP. The talks are on and there are speculations that Shiv Senna may ally with BJP too.

Haryana results were painful for the party to bear as the party was governing Haryana for the last 10 years. The final tally of the 90-seat Haryana Assembly reads; BJP 47, INLD 19, INC 15, Independents 5, HJC-BL 2 SAD 1, BSP 1. Amit Shah led the campaign flamboyantly and left no stone unturned to break the spine (caste factor) in Haryana politics which used to be the decisive factor in the 90-seat Haryana Legislative Assembly. The BJP got a boost in the form of Narendra Modi as even the Prime Minister couldn’t hold himself back campaigning for his party, to ensure that the Congress is routed in Haryana and Maharashtra too. Former Haryana chief minister Bhupinder Singh Hooda and INLD supremo Om Prakash Chautala criticised the work style of Central government in equal measure. Haryana Janhit Congress (HJC) failed to make an impact, as the pre-poll alliance break-up with BJP, cost the party big in Haryana elections.

Now that the new government is elected and the electorate in both states has chosen BJP, it will be better if the promises made in poll campaigns are delivered. There will be no excuses as even the Central Government is a BJP-led government. For now, the matter is put to rest as the new government will take over for the next five years.