Maharashtra State Assembly Election Results 2014: BJP or Shiv Sena – who will have the last laugh?

The Maharashtra State Assembly Elections 2014 brings an awkward situation for Bharatiya Janata Party (BJP). As per the trends at 12 noon, they were leading with over 100 votes, more than twice that of another part contesting in the election. 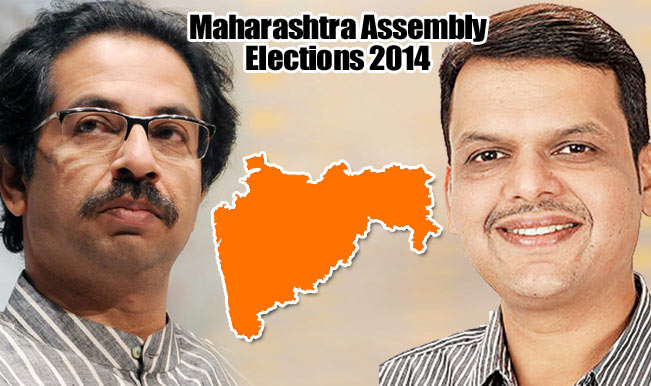 The Maharashtra State Assembly Elections 2014 brings an awkward situation for Bharatiya Janata Party (BJP). As per the trends at 12 noon, they were leading with over 100 votes, more than twice that of another part contesting in the election. Yet, they find themselves in a soup. Following an emphatic win in the Lok Sabha elections, they took the risk of parting ways with their long-time allies Shiv Sena and going solo in the Maharashtra Assembly elections. Also Read - Dragon Fruit to be Renamed as 'Kamalam' by Gujarat Government. But Why?

Now, the BJP finds themselves 30-40 seats shorts of forming the government. Neither MNS nor any other smaller party will help BJP get to the magical number of 144. It has to be a coalition with Shiv Sena, NCP or the Indian National Congress that will help BJP finally form a government in Maharashtra. Is it a bold move gone wrong or will BJP still manage to persuade one of the top parties in the state to join hands with them following a comprehensive performance this election. Also Read - 'Bengal Maango Toh Cheer Denge': TMC's Madan Mitra Issues Violent Threat To BJP

Certainly the move to part ways with Shiv Sena hasn’t worked out for them. Even Narendra Modi’s extensive campaigning hasn’t helped the part garner the kind of number they were expecting this election.

12:00 noon Update: Things haven’t gone as per the script for BJP who are 30-40 seats away from a clear majority. The decision to part ways with Shiv Sena seems to have backfired on BJP. Even extensive campaigning by Narendra Modi hasn’t helped the party get 144 seats (as per trends) due to a lack of popular public faces in the election.  However Smriti Irani says it is a day of absolute jjubilationfor BJP who have won a clear lead in Haryana. BJP are leading with 10 seats, while Congress and NCP have 4 each. Shiv Sena has won 3 seats while MNS are with 1.