Maharashtra water crisis: Dalit man digs a well in 40 days after his wife humiliated for water

Bapurao Tajne, a Dalit villager whose wife was denied water by upper caste, worked for six hours for 40 days undeterred before he found water at 15 feet.

Updated: May 8, 2016 11:41 AM IST
By Deepak Gupta EmailFollow
Nagpur, 6 May: A Dalit villager Bapurao Tajne, has dug a well for his family in 40 days, after his wife was denied water by upper caste owner of the well in drought affected region of Maharashtra. This achievement of Tajne, might not be as theatrical as that of Dashrat Manjhi, the man who went ahead for the love he had for his ailing wife and cut a road out of the mountains. However, Tajne has become the hero for the residents of his village and an inspiration for people across Maharashtra, which is going through water crisis.
It all started, when Tajne’s wife was refused and humiliated to draw water by the owner of a well. That is when Tajne decided to dig well for his wife. While it’s a job of 4 to 5 people, he managed to do it alone. He is a poor labourer of Kalambeshwar village of Washim District in Maharahstra.(ALSO READ: Beed water crisis: Water tankers meant for people, sold to businessman in drought-hit Maharashtra)
He worked for 40 continuous days and spent 6 hours digging the ground. The villagers mocked him, thinking that Bapurao Tajne has gone crazy. No one came to help him, not even his family. The day when Tajne decided to dig earth, his wife also thought the same way villager’s did and now feels embarrassed  for not coming to Tajne’s help. The reason everyone thought Tajne’s efforts will go in vain because he has not dug well ever and  already three wells had gone dry in the rocky terrain.
However, the fate had something else for Tajne, and his efforts became the reason of his glory and he successfully dug 15 feet deep well when he hit water . The entire dalit locality is now drawing water from that well.  Presently, the well is 6 ft wide and 15 feet deep and Tajne aims to make it 8 ft wide and 20 feet deep. Earlier the villagers had to travel miles to another village to draw water and they would often be insulted by people of other castes.(ALSO READ: Water crisis in Latur: 45-year-old woman dies while standing in water queue in Latur)
His story is inspirational and his modesty should be everyone’s goal. While speaking to media he refused to take the names of the upper class people who insulted his wife, as he do not wish for any caste-tension in the village. He told, how he almost broke down, when his wife insulted. It was the month of March, when Tajne decided to devote himself towards digging well. So he went to Malegaon and bought tools for it. He prayed to God to help him in his efforts. 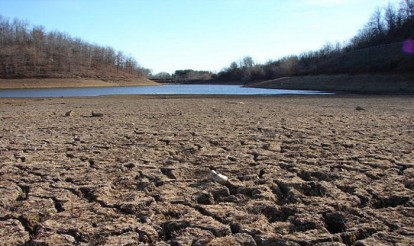 Tajne, a daily wage worker who has studied upto final year of BA. He could not skip the work he has been doing to earn. So he used to dig ground for four hours before leaving for his work and two hours after returning to work. The total adds upto 14 hours of back breaking work.
Tajne has not only left us with appreciation for him, but has also garnered the respect of his villagers and many in the region have now been reaching upto him to his help. A Marathi channel aired Bapurao Tajne’s work which made the Tehsildar reach out to him for if he needs any help and presented him a bouqet. Film Actor Nana Patekar has also spoken to him over the call and promised to meet him soon. A social worker from Washim has rewarded Tajne with five thousand rupees. (ALSO READ: After Nana Patekar and Aamir Khan, Akshay Kumar comes forward to help drought-affected Maharashtra, donates Rs 50 lakh for Jalyukt Shivar Abhiyaan)
Tajne is a modest man and absolutely loves his wife Sangita and the village he resides in. He is also very proud to ask for any help from anyone. We wish Tajne success in his endeavors and this also makes us alarmingly think about the discrimination Bapurao Tajne faced just for being Dalit. That discrimination, made a man resolve that he would never beg for water from anyone and make sure that he dig a well for his fellow dalit villagers, so that their community never face insult for being who they are.(ALSO READ:This Muslim man provides free water to 200 families daily in drought-hit Latur)
featured image credit: TOI
Also Read - Out For A Walk With Sister, 5-Year-Old Boy Mauled To Death By Stray Dogs In Maharashtra Also Read - 4 Children Test HIV Positive After 'Contaminated' Blood Transfusion In Maharashtra Also Read - Hyderabad Hit by Thunderstorm; Flights Diverted to Bengaluru, Vijayawada, Nagpur. Details Here