Mandal Raj: The rise of OBC politics in Bihar elections

In the Hindi heartland, people do not cast their vote, but vote their caste. The forth coming assembly elections in Bihar is turning into an escalating battle between the the BJP-led NDA and the grand-alliance of RJD, JD(U) and Congress. Appeals on the line of caste is overtly and covertly employed as a pre-poll strategy. While the saffron forces will stick to the original game plan of D-U-E-C (Dalit-Upper Caste-Extremely Backward Classes), they have also joined hands with Jitan Ram Manjhi’s HAM, Ram Vilas Paswan’s LJP and Upendra Kushwaha’s RLSP. The trio could make successful inroads within the Mahadalit and OBC community.Also Read - Nitish Kumar Makes Covid Test Mandatory for Those Traveling To Bihar from Other States During Diwali, Chhath

On the other hand, their ‘secular’ opponents depend majorly on the electoral bloc of OBC which constitute 47 per cent of the Bihar population. Responding to Narendra Modi’s jungle raj barb with ‘Mandal Raj’ remark is part of a calculated move by Lalu Prasad Yadav, the self appointed messiah of backward classes. The RJD supremo’s political career has been powered by his effective social engineering skills. His formula for winning consecutive legislative polls in the 90s’ was to bag the support of Yadavs, who constitute 14 per cent of the OBC, along with Muslims who account for 16 per cent of the populous state.
Also Read - Bihar: Bodies of Two Missing Children Found In Begusarai, Family Accuses Police of Inaction; Blocks Road 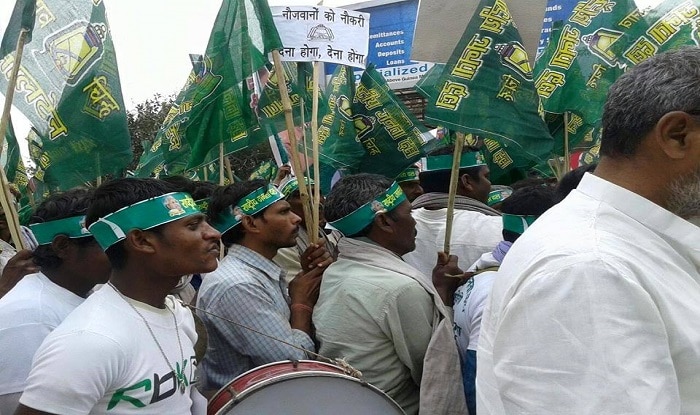 Bihar’s reigning chief minister Nitish Kumar is no stranger of this brand of politics. Coming from the lineage of Ram Manohar Lohia, he too has once been a flag-bearer of Mandal. A Kurmi by caste, he stands on the second rung of the OBC ladder. During his previous tenure, he has worked strenuously towards empowering the lower classes, as well as appealing the socially privileged voters through his Vikas Purush persona.

There is no ambiguity among political pundits over the fact that both coalitions may masquerade behind the development agenda, but at the grass-root level, there target is to snatch a major share of the OBC vote. The NDA would like to split them up. On the other hand, the grand-alliance would ensure that this section of voters make their electoral choice homogeneously.

To trace the rise of a unified backward group known as OBC and the subsequent formation of Mandal Commission, one needs to revisit the 1931 census undertaken by the British government. According to the census report, there were two types of distinction among the lowers castes: First, the untouchables who were termed as ‘depressed classes’. Another section was ‘castes other than depressed classes’. The latter was the set of those castes who were backward and socially ill-treated, but not considered untouchables like the Scheduled Castes and the Scheduled Tribes.

While framing the constitution, the constituent assembly chose not to address the contentious issue of providing reservation to castes other than SC and ST. A major reason was that the group lacked representation in the political sphere, unlike the SC and ST whose plight were raised strongly by Dr. B.R. Ambedkar.

Upon Independence, Prime Minister Jawaharlal Nehru conveniently decided to term these group of castes as Other Backward Classes. The term ‘classes’ was deliberately used to replace ‘castes’, since Nehru wanted to clearly distance any conflict based on caste in our nascent democratic setup.

In 1953, the first Backward Commission was formed to search ways to uplift the deprived classes. The report submitted by the commission in the same year, pointed that the list of such classes should include those who are alienated from education, have a degraded social status and financially weak. All the three parameters of deprivation were found in lower castes (apart from SC and ST), accounting for 32 percent of the Indian population.

Accordingly, a reservation of 32 per cent was recommended. However, the Nehru-government declined to implement the recommendations of the commission, arguing that the basis of classification should not be caste. It must be based upon backwardness in social and educational sectors across communities and castes.

However, socialist icon, Ram Manohar Lohia slammed the Congress government for obstructing the implementation of the report. According to Lohia, “In India, the basic unit of stratification is caste, and not class. The Nehruvian form of socialism, which believes industrial growth will eradicate all disparities, will fail to remove inequality”.

Following the ouster of autocratic Indira Gandhi, the Janata Party came to power. To deliver, what they call, as ‘social justice’, they formed the second Backward Class Commission, headed by former Bihar chief minister and OBC leader B.P.Mandal. After months of research, the Mandal Commission recommended an allotment of 27 per cent reservation to backward classes other than the SCs or STs, in educational institutions and bureaucracy. However, the Janata Party fought internally amongst itself and split apart before the report could be tabled. Subsequently, Indira Gandhi came to power, and adopted a muted response on reservation.

How OBCs were transformed into an electoral bloc? 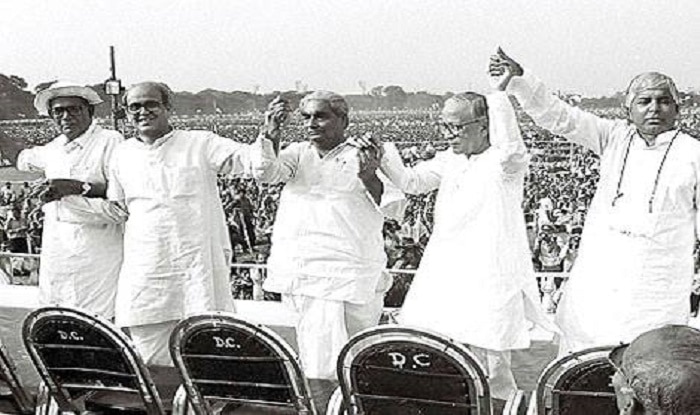 In 1989, an off-shoot of Janata Party, the Janata Dal came to power headed by  V P Singh. On August 15, 1990, Singh made the historic announcement of implementing the recommendations of Mandal Commission in order to uplift the backward communities and give them their due share in power.

The Mandal Commission had identified 3743 castes that it found to form India’s other backward classes, representing 52 percent of the country’s population. Noting that OBC only occupied 12.5 percent of civil service posts, it recommended a 27 percent reservation for them.

From the ramparts of Red Fort, V P Singh said: “It is not at all our contention that by offering a few thousands jobs to OBC candidates we shall be able to make 52 percent of the Indian population as forward. But we must recognise that an essential part of the battle against social backwardness is to be fought in the minds of the backward people. In India, government service has always been looked upon as a symbol of prestige and power. By increasing the representation of OBCs in government services, we give them an immediate feeling of participation in the governance of this country”. 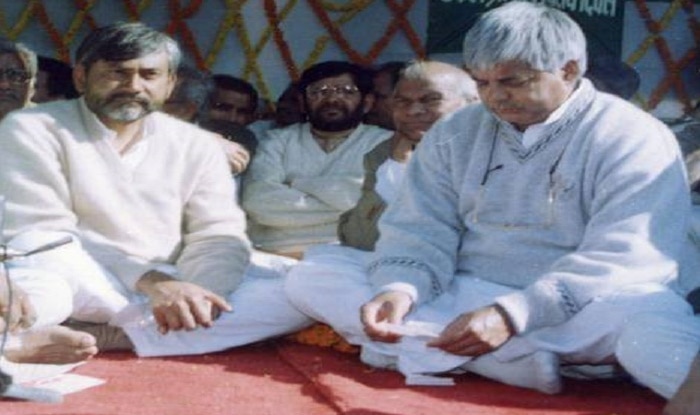 The move taken by V P Singh-government was strongly objected by a major section of the upper-castes. The Brahmins, Bhumihars, Kshatriyas revolted strongly against the move. In the national capital, at least 63 students immolated themselves. The upper-castes argued that the merits of individual excellence would be nullified if such huge amount of reservations are allotted.

The anti-reservation agitation also spread to other parts of the nation. The Sardar Patel Group, whose offshoot Patidar Anamat Andolan Samiti (PAAS) is now demanding inclusion of Patels in OBC, were protesting against the this positive discrimination around 25 years back. Similar movements were also launched in southern parts of the nation.

The strong resistance to the Mandal Commission polarized the OBCs and forced them to unite politically to achieve their rights. It was in this era, that Lalu Prasad Yadav turned into a political hero in Bihar. 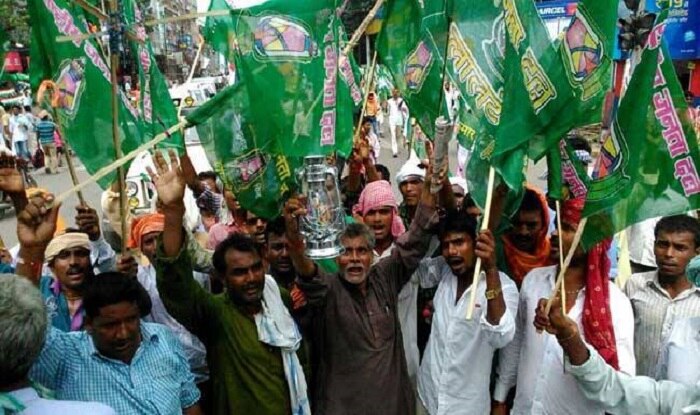 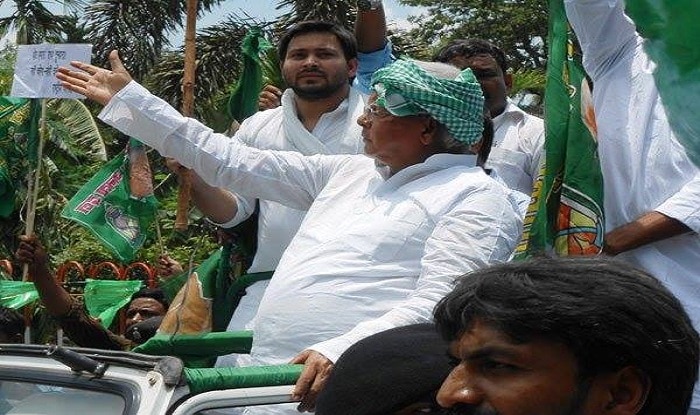 One of the political forces who were leading the anti-reservation protests, was the Bharatiya Janata Party (BJP). Its ideological parent, RSS termed the Mandal Commission as a sinister design to cause dispute among the Hindu society. It was due to this approach that the saffron political outfit earned the tag of Brahmin-Baniya party. 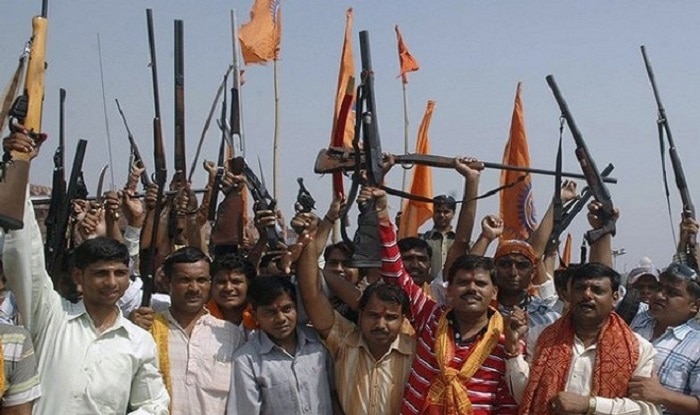 Was the Mandal Commission successful to uplift the Other Backward Classes (OBC)?

From a materialistic point of view, the condition of backward groups have not improved. The bureaucracy which was considered a private domain of the upper-castes, opened up for those who were not socially privileged or came from humble backgrounds due to their position in the caste hierarchy. However, according to bureaucratic representation report released in November 2014; the SCs, STs and OBCs account for less than 10 percent of the Central Higher Bureaucracy.

But things have improved from a psychological perspective in the political sphere. After being dominated for four-five decades in the post-independence era, finally the backward classes unified through the Mandal movement and selected their own candidates in the local bodies, assembly and parliament. With someone from their own community safeguarding their interests, a psychological empowerment was achieved to an extent.

Will OBC serve as the single-most decisive factor in Bihar assembly elections 2015?

Only progressive appeal made in the pre-poll campaigning is the promise of all-round development by both the colliding forces. Credit should be given to Prime Minister Narendra Modi’s ‘package politics’ which temporarily brought development at the centre stage of the electoral battle. However, at the ground-level, caste plays a huge factor before the electorates who press the ballot. One of the reason for Modi’s resounding victory in 2014 Lok Sabha was the shift of these OBC electorates towards the BJP.

Not to forget, Modi’s ‘Acche Din’ campaign which was all about development took a casteist turn in the Hindi heartland, where he himself bloated about his OBC background.

One of the reasons, why the OBCs and Dalits chose Brahmin-Baniya party instead of the socialist leaders is because of the communal venom spread in a grounded manner before the 2014 general polls. The saffron party appealed on the lines of majoritarianism rather than casteism. Thus, the Hindu vote consolidated.

To validate the fact, one should recall, the speech made by BJP President Amit Shah: “Apman ka badla toh lena hi hoga, unko sabak sikhana chahiye jo hamare dushman ko bacha rahe hai. (We should avenge our humiliation. It is time to teach a lesson to those who are shielding our enemies)”. Shah, the architect of BJP’s triumph In Uttar pradesh and Bihar, was referring to ‘Muslim appeasement’ tactics of Congress and other secular parties.

Similar strategy could be adopted by the NDA alliance in run-up to the upcoming legislative elections. With the backdoor entry of All India Majlees-Ittehadul-Muslimeen and its firebrand chief Asaduddin Owaisi in the poll fray, along with the third front projecting NCP MP Tariq Anwar, as the chief ministerial candidate; the situation is ripe for BJP to convert the subtle agenda of election from caste based communalism to religion based communalism.

On the other-hand, the RJD-JD(U) coalition are consciously trying to maintain caste as the primary agenda going into the polls. Nitish Kumar’s last minute decision to accord Nishad, Mallah and Nonia communities an ST status was a calculated move ahead of the elections. Similarly, Lalu has directed all his efforts to play the Mandal card. His repeated utterance of reviving Mandal Raj – 2, alleging the BJP of being an enemy of Mandals (OBC) reflect his motive on attracting the electorates of this group towards his camp.

The most suitable pre-poll polarization for the RJD-JD(U) alliance is reflected from the following statement of Lalu prasad Yadav at a TV interview, where he said: “This election is a battle between Mandals (OBC) and Kamandals (upper-castes).” 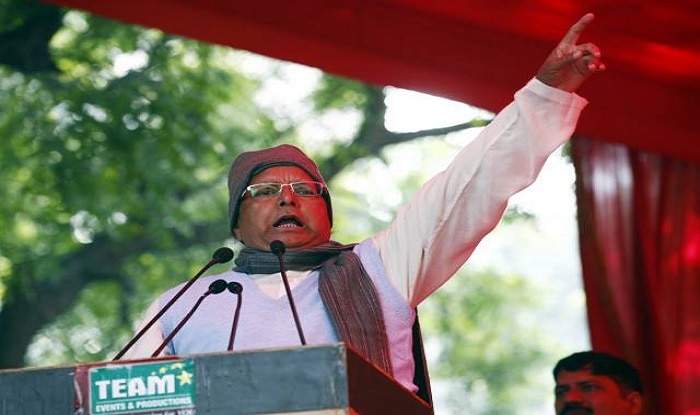 The OBC constitute 47 per cent of the electorates in Bihar, with only Yadavs dominating 14 per cent among them. Whereas, upper castes form 15 per cent of the voters (Brahmin – 5 percent, Bhumihar – 6 percent,  Rajputs – 3 percent, Kasyath – 1 percent). The latter is traditionally aligned to the BJP.

If both are pitched against each other, the arithmetic advantage is clearly on the side of Lalu and Nitish.