India's Mars mission Mangalyaan, developed by the Indian Space Research Organisation (ISRO), has been listed among 25 best innovations of 2014 by Time magazine 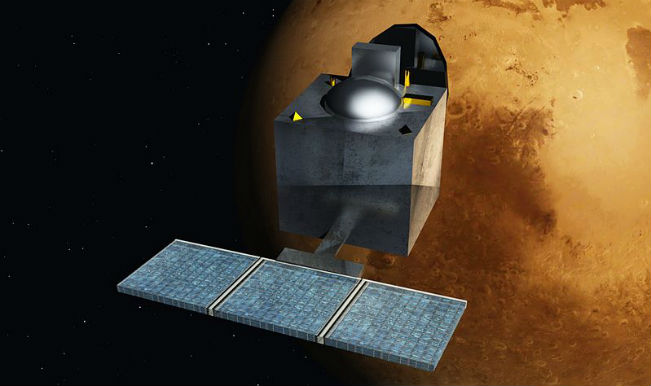 New York, Nov 21: India’s Mars mission Mangalyaan, developed by the Indian Space Research Organisation (ISRO), has been listed among 25 best innovations of 2014 by Time magazine. “Nobody gets Mars right on the first try. The US didn’t, Russia didn’t, the Europeans didn’t. But on Sep 24, India did,” the magazine said. Also Read - Still Confused About Which Mask to Use? Indian Scientists Reveal The Most Effective Face Mask to Prevent Covid-19 | Read

“That’s when the Mangalyaan (Mars craft in Hindi) went into orbit around the Red Planet, a technological feat no other Asian nation has yet achieved,” it added.  It pointed out that building the spacecraft cost India just $74 million, which was less than the budget for the Hollywood film “Gravity”. Also Read - Chandrayaan-2 Completes 1 Year Around Moon, ISRO Says All Instruments Performing Well

“At that price, the Mangalyaan is equipped with just five onboard instruments that allow it to do simple tasks like measuring Martian methane and surface composition,” it stated.  “More important, however, it allows India to flex its interplanetary muscles, which portends great things for the country’s space programme — and for science in general.”