Speaker of Manipur Assembly Th Lokeshwar Singh has disqualified three All India Trinamool Congress MLAs under the Anti-Defection law in the 10th Schedule of the Constitution. 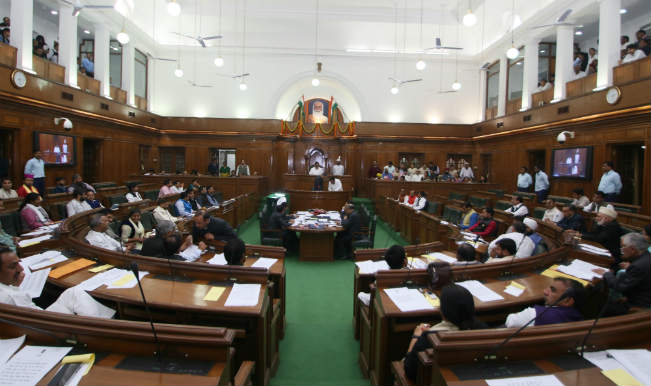 They were disqualified for leaving their party voluntarily, according to an official bulletin issued by the Assembly Secretariat yesterday.
It was found that the MLAs had expressed their intention to give up membership of their original political party AITC and its state unit Manipur Pradesh Trinamool Congress Committee, the bulletin said. Their intention was confirmed by their action of forming a new political party called All India Trinamool Congress, Manipur State, which has a separate constitution and its state political party was called Manipur Pradesh Trinamool Congress (MPTC), the bulletin added. Also Read - Will Convene Assembly Session to Pass Resolution Against Centre’s Farm Laws, Says Mamata Banerjee

In the last Assembly election held in 2013, seven MLAs were elected on All India Trinamool Congress tickets. M Kunjo Singh who got elected from Hiyanglam Assembly expired last year reducing the number of TMC MLAs to six in Manipur Legislative Assembly. After disqualification of the three MLAs, the total number of Trinamool Congress MLAs in the 60-member has been reduced to three namely Th Shyamkumar Singh (Andro Assembly constituency), K Sarat Singh (Konthoujam Assembly Constituency) and Dr I Ibohalbi Singh (Oinam Assembly Constituency).