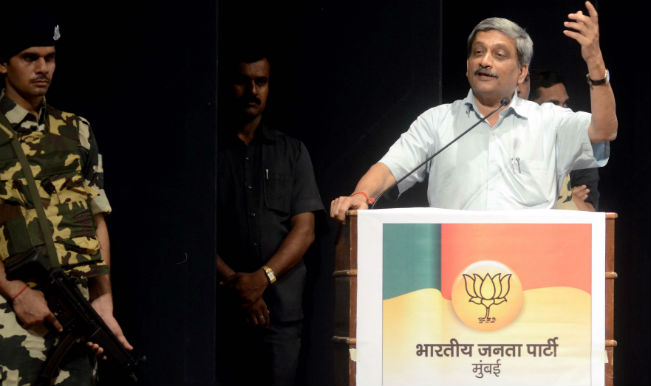 New Delhi, May 31: Terming the UPA’s proposed deal for 126 Rafale fighter jets as “economically unviable” and not required, Defence Minister Manohar Parrikar has said the NDA government will buy only 36 of the French aircraft, to be used for strategic purposes, and no more. Parrikar also raised questions on the tendering process initiated by former Defence Minister A K Antony and said his predecessor had “hammered” the tender in such a way that the Rafale deal would have never seen the light of the day. (READ: Manohar Parrikar receives widespread praise on Facebook for waiting in queue at function) Also Read - Govt Renames Institute for Defence Studies and Analyses as Manohar Parrikar Institute for Defence Studies and Analyses

Rejecting criticism from the Congress that Prime Minister Narendra Modi had bypassed the Finance Ministry and the Defence Acquisition Council, the apex body of the Defence Ministry that takes the call on military projects, Parrikar said “the deal is yet to be inked” and they should hold their horses till the process was complete. He expressed confidence that the Committee, that has been set up to work out the contract, would complete the task in the next 2-3 months. The Modi government has scrapped the over USD 20 billion deal for 126 Rafales more than three years after Dassault was declared the lowest bidder under UPA’s tenure. Also Read - Year-Ender 2019: Country's Political Bigwigs Who Left us in The Year Gone by

During his visit to France last month, the Prime Minister announced the decision to buy 36 of these jets in a fly-away condition under a government-to-government (G2G) contract. Parrikar underlined that the decision to acquire 36 Rafales came in view of the “urgent requirement” of Indian Air Force. “We are not buying the rest. We are only buying the direct 36,” Parrikar told PTI when asked what will happen to rest of the requirement. He said that the UPA deal for 126 Rafales was way too expensive and it would have hampered other modernisation plans of the Indian military.

The deal would have required around Rs 1.3 lakh crore over a period of 10-11 years, he added. “Would there be any money for any other work?” he asked. “I also feel like having a BMW and Mercedes. But I don’t because I can’t afford it. First I can’t afford it and second I don’t need it. So, 126 Rafales was economically unviable. It was not required,” Parrikar said.