Dubbed the first gay matrimonial ad in India, Padma was able to get it published only after being rejected by a few leading dailies 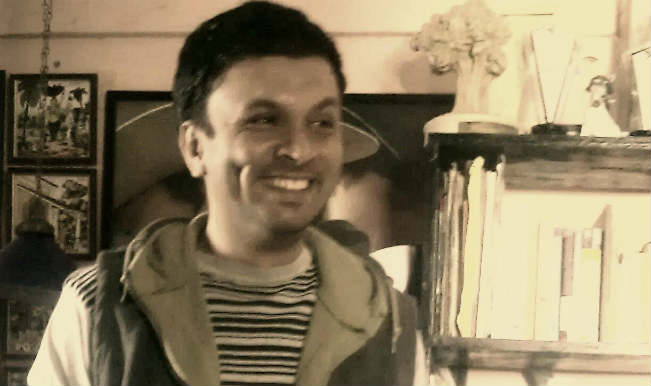 New Delhi, May 24: When Mumbai-based Harrish Iyer’s mother Padma placed a matrimonial advertisement in a Mumbai tabloid for her gay son, she never thought it would generate a debate across and outside the country. Dubbed the first gay matrimonial ad in India, Padma was able to get it published only after being rejected by a few leading dailies. Iyer, a well-known gay activist, was shocked when the ad was turned down by some mainstream newspapers, which he felt always covered LGBT issues extensively and stood with them on many an occasion. (READ: Harrish Iyer’s mother Padma Iyer places matrimonial ad for gay son in newspaper) Also Read - Defying Government Ban on Public Gatherings Amid COVID-19, Thai Gay Activists Raise Pride Flags in Protest

The ad reads: “Seeking 25-40, well-placed, animal-loving, vegetarian groom for my son 36, 5 11′ who works with an NGO caste no bar (though Iyer preferred).” Speaking to IANS, Iyer said, “The decision to place the ad came after a series of discussions between my mother and grandmother since they want me to settle down. I did not want a separate matrimonial section for the gay community. It came as a shock when newspapers I approached turned down the advertisement. It is shameful to see the Fourth Estate, which professes equality and human rights, behaves this way.” Also Read - 'Love is Love': Students Protest, Stage Mass-Walkout After US School Forces Two 'Gay' Teachers To Resign

A few newspapers also told Iyer that they would publish the ad if he changed “groom” to “life partner”, which he refused to do. Though one media house clarified why the ad was rejected on legal grounds, activists felt this only confirms that homophobia is deep-rooted in society. “Newspapers carry ads of massage parlors and many things which they aren’t supposed to. This is a result of the prevailing homophobia,” Delhi-based queer rights’ activist Pramada Menon told IANS.

The gay community is worried that the Supreme Court’s December 2013 verdict, retracting a Delhi High Court verdict of July 2009 decriminalising homosexuality, has worsened the situation. The high court verdict had come as a huge relief for the gay community as it received support from civil society. It also helped many to come out of the closet.

Hinting that there was a lot of ambiguity to be cleared, Praful Baweja, who runs a marketing firm Conneqt and is also closely associated with the gay rights movement, told IANS: “The 2009 verdict led to brilliant conversations in the society and it helped many to come out of the closet. However, after the 2013 verdict, there is a visible change in attitude. People tend to misinterpret the verdict, but it neither makes gay marriage legal or illegal.” Sonal Giani of NGO Humsafar said that after the Supreme Court verdict, there has been a spike in violence against the queer community in rural areas and even in Metros like Mumbai.

If the ad itself generated debate, the preference for an ‘Iyer groom’ led to a more complex caste debate. Iyers are an upper-caste community of Tamil Brahmins. Iyer earned more brickbats than bouquets for the ‘Iyer’ preference in the ad. However, Iyer and his mother have a different take. “The preference for an Iyer was added in jest. People should see the humour in it rather than pouncing on us. I am a humorous person and moreover my mother has clarified this on the Facebook,” said Iyer. Even in the face of criticisms, Iyer is not apologetic about the caste bit.

“My mom is inundated with hate mails from both homophobic and caste haters, but she has laughed it off. Every human being is discriminative by nature. So why can’t my mom be biased? Moreover, my grandmother needed an Iyer groom. What is wrong in that? We are not saints,” Iyer maintained. However, the house is divided on the caste issue. While some hailed the support lent by Padma as brave and progressive, others felt that it’s time the community raised pertinent issues like caste and class. Taking the debate further, Rituparna Borah, a feminist queer activist, argued that casteism poses a big challenge for the gay movement.

“Caste preference defeats the purpose of the ad, which is a progressive step from the mother of a gay son. Patriarchy works in such a way that one has to challenge it. Iyer is a known figure and people look up to him. Hope he is not setting a bad precedent,” said Borah. Menon backed this view. “It is easy to say that his mother wanted it. Coming from a progressive family, Harrish could have challenged the caste part,” Menon maintained.

However, Pallav Patankar, a gay activist, believed that the caste issue has been blown out of proportion. Extending support to “Padma aunty”, as she is fondly referred to, Patankar told IANS: “She wasn’t trying to project herself as an intellectual; she acted like any other mom.” In no mood to settle down now, Patankar said that his parents, especially his mother, are his best support. Throwing his weight behind Padma, Aditya Shankar, an IIT-Bombay student and a gay activist, said that these were smaller battles towards an equal society.

“Gay marriages will go a long way in legitimising gay rights. Padma aunty’s effort to tinker with the mindsets and society should be appreciated,” Shankar told IANS. The tones may differ, but they agree on the fact that the ad has shaken conventional mindsets and taken the debate into living rooms. Although Iyer is flooded with marriage proposals, he is sure about one thing: he is not going to marry an Iyer guy because he hates ‘vibhuti’.