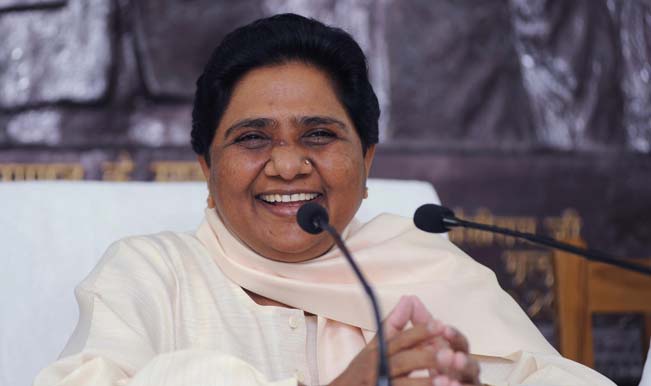 Lucknow, Sep 15 : Bahujan Samaj Party (BSP) chief Mayawati late Sunday affected major changes in the party hierarchy by sacking all the coordinator booth in-charges and assembly coordinators and announcing formation of nine new zones across the state, party leaders said Monday. In each zone, two divisions have been included for “more tight clasp” on local leaders and party cadres, a party leader who did not wish to be named told IANS. Also Read - UP Woman Studying in US Dies in Road Accident While Trying to Evade Eve-teasing in Bulandshahr; BSP Demands Action

In every zone there would be four senior party leaders looking after the interest of the party. Some party leaders said that Mayawati has got down to micro-management of the party cadres keeping in mind the 2017 state assembly elections. The BSP drew a blank in the Lok Sabha polls in Uttar Pradesh though it had contested all the 80 parliamentary seats. The party did not participate in the recent by-poll for one Lok Sabha seat in Mainpuri and 11 assembly seats. Also Read - Mayawati Supports CBI Inquiry in Sushant Singh Rajput Death Case While Supreme Court Says no

Marginalised both at the centre and in the state where arch rivals Samajwadi Party (SP) run a government, the Dalit leader is believed to be planning an overhaul of the party so as to ensure that the migration of the Dalit vote bank to the BJP does not take place as also the party’s organisational structure is strengthened, a close aide said.

Under the new hierarchy, Kanpur and Lucknow have been merged into one zone and former minister and legislator Inderjeet Saroj and Ashok Siddhartha have been assigned the task of coordinating party work here.  Close aide R.K. Chowdhary will take care of Allahabad and Mirzapur. Party sources say the idea of the BSP supremo is to keep the party’s rank n’ file on their toes and deliver victory in the 2017 elections.