The "Love Jihad" controversy in Uttar Pradesh took a new twist with a 22-year-old local girl going back on her earlier statement that she was gangraped and forcibly converted to Islam. 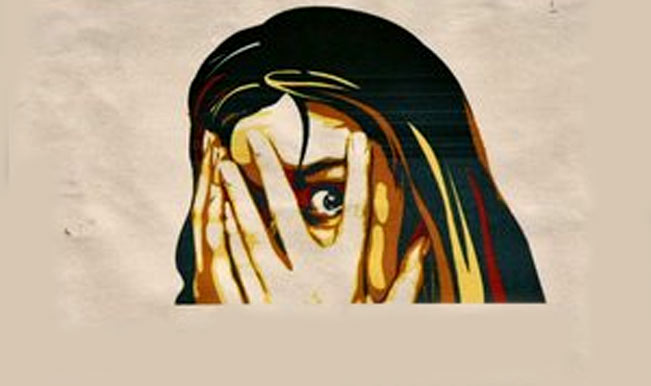 Meerut, Oct 13: The “Love Jihad” controversy in Uttar Pradesh took a new twist with a 22-year-old local girl going back on her earlier statement that she was gangraped and forcibly converted to Islam. The alleged victim went to the Mahila Police station in Meerut and said that she had “gone on her own free will” with the boy, a Muslim, controverting what she had said in her Sec 164 statement to a magistrate. However, the father of the girl has disputed her claim and said she has been threatened to give a retraction statement. Also Read - Supreme Court Expresses Concern Over Fake, Communal News on Social Media

The girl has now told the police that she had run away from her house as there was “threat to her life” and alleged that she was also “beaten up”.
Police said that after recording her statement in front of an executive magistrate, she has been sent to Nari Niketan (women’s home) for her safety and protection. “Right now she has come to the mahila police station at 8 in the morning and she has told that she has gone on her own free will with a boy. But the case has already been charge sheeted and pending before the court. Also Read - After MP and UP, Gujarat Assembly Passes 'Love Jihad' Bill Penalising 'Unlawful' Religious Conversion Through Marriage

“She told the woman police officer that she has life threat from their own parents. On this ground, we have brought the woman to the executive magistrate and he has recorded the statement of the woman. She has been sent to the Nari Niketan for the safety and protection,” said Omkar Singh SSP Meerut.The matter of alleged gangrape and conversion in August was latched up by the BJP whose leaders including Yogi Adityanath, state in charge of bye elections, exploiting the issue, especially in western parts of the state.

The alleged perpetrator Kaleem and eight others were arrested after the girl had alleged on August 3 that she had been abducted, gang-raped and forcibly converted to Islam. On August 3, the woman’s father had lodged a complaint in Kharkhauda police station against Village Pradhan Nawab Khan, cleric Sallaullah, his wife and daughter Nishant for abduction and rape. The complainant had alleged that Nawab along with five others abducted his daughter on July 23 and took her to a Madrassa where they raped and illegally confined her. They also forcefully made her sign some papers related to religious conversion.

While a magisterial inquiry was ordered into the case, tension gripped the Kharkhauda and Atrada areas here as irate members of a particular communities attacked and pelted stone at the houses of members of another community. Police and Provincial Armed Constabulary (PAC) personnel were also deployed in the area to bring the situation under control. As the incident sparked an outrage, the Centre sought a detailed report from Uttar Pradesh government at the earliest while her family demanded a CBI probe.

“And retracting from the statement given before the magistrate, for that whatever crime or offence it comes under, action should be taken according to that. This case has been spoiled by the police on the orders of UP government. The case should be investigated by CBI or some outside agency,” he said.The victim’s father alleged that a boy named Saddam had come from the village yesterday and threatened the girl to accept his version or else he would kill her and the family members.

“He had arms in his possession. He told us that if we don’t listen to him, he will kill each member of our family. We were sleeping in the morning when the girl ran away from the house. Saddam was waiting outside who took her forcibly. He then brought her to Meerut where she gave the statement,” the father said. The woman’s mother claimed that she had been decieved and her daughter was taken away from the house forcibly.
“He said that if those in jail were punished, then even she (the victim) would not stay alive. He told her that if she got them released, then he would free her as well,” the victim’s mother said.

Latching on to this, Congress leader Rashid Alvi alleged BJP of “stooping low” and indulge in such kind of politics. “The girl has changed her statement. She had given her first statement under pressure from her family. The family members had pressure of the money of BJP leaders due to which they pressurized the woman. “This shows how low level politics BJP can do. It shows which level BJP can stoop to divide the society and to spread hatred…How much they love the country and its people. UP government should take action against those people who gave money and made this an issue,” Alvi alleged.

Denying any knowledge about “love jihad”, BJP National spokesperson Sambit Patra said his party’s sole agenda was “love development”. “We do not know anything about love jihad. Our sole agenda as put by Prime Minister Narendra Modi is love development. We are working for development and will continously work for development till we achieve our goal because India has been bereft of any kind of development since long,” he said. Meanwhile SP leader Naresh Aggarwal maintained that his government in Uttar Pradesh “was not in favour of putting any restriction of love.”