PM Modi and the new Cabinet of ministers are scheduled to take the oath of office at 7 PM today at the Rashtrapati Bhavan. Follow our live blog for all updates.

The oath-taking ceremony is expected to be attended by as many as 8000 guests, including leaders of BIMSTEC (Bay of Bengal Initiative for Multi-Sectoral Technical and Economic Cooperation) countries, those who have confirmed their attendance include President of Bangladesh Abdul Hamid, Sri Lankan President Maithripala Sirisena, Nepal Prime Minister KP Sharma Oli, President of Myanmar U Win Myint and Bhutanese Prime Minister Lotay Tshering.

HERE ARE THE LIVE UPDATES:

Delhi: Visuals of the area near Rashtrapati Bhavan decorated by Horticulture Department of the New Delhi Municipal Council (NDMC). pic.twitter.com/4AjMJJeMdS 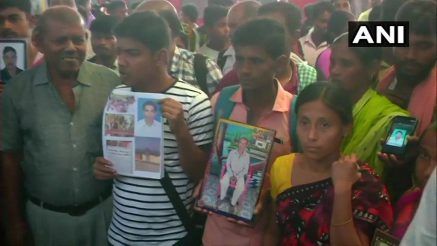 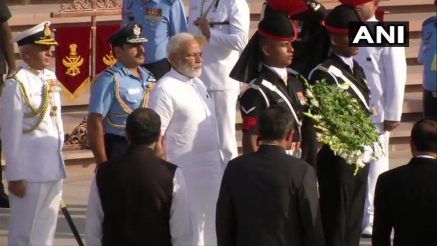