Prime Minister Narendra Modi Thursday launched his pet "Make in India" campaign to put India prominently on the global manufacturing map and, in turn, facilitate the inflow of new technology and capital, while creating millions of jobs. 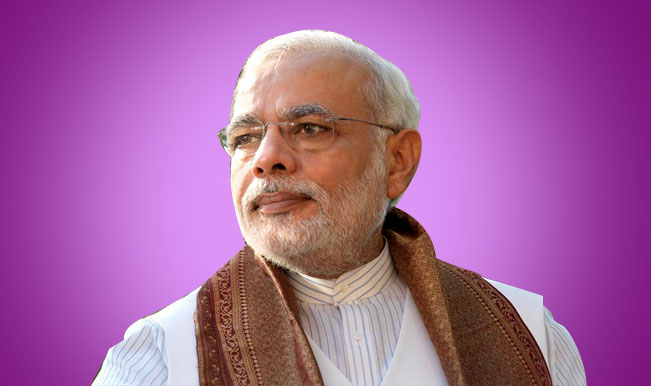 New Delhi, Sep 25: Prime Minister Narendra Modi Thursday launched his pet “Make in India” campaign to put India prominently on the global manufacturing map and, in turn, facilitate the inflow of new technology and capital, while creating millions of jobs. The ambitious scheme, that also puts in place the logistics and systems to address in a timely manner queries of potential investors, was unveiled along with a logo, a portal and brochures on 25 identified growth sectors before Who’s Who of the corporate world from India and abroad at the Vigyan Bhavan conference complex here. Also Read - Breaking News Highlights: Modi Govt has a Zero Tolerance Policy Against Terrorism, Says Amit Shah

The event was watched live in several cities in India and abroad via video conferencing. Laying out the red carpet before investors, the prime minister said: “After what we have done and what I hear from you, I don’t think I need to assure you any further on ‘Make in India’.” He hoped industry across the globe will take his invite seriously. Also Read - Breaking News Highlights: Mamata Banerjee Helping BJP by Opposing Congress, Says Adhir Ranjan Chowdhury

He said he was saddened in the past to see scores of Indians leaving the country to seek opportunities elsewhere. People have lost faith in Indian manufacturing and themselves. “We do not want any industrialist being forced to leave India,” he said. “A trust was broken — that when a policy will be changed, when will the CBI (Central Bureau of Investigation) come. This is what I heard from all you. The biggest issue is trust. Why don’t we trust each other? I want to change that.”

The prime minister said for him the term FDI for the domestic industry did not expand to “foreign direct investment” but “first develop India”. “We have to create opportunities of employment. If the poor get jobs the purchasing power of families will increase.” Pointing to campaign logo, he said: “This is the step of a Lion… Make in India.”

“Make in India is not a slogan but a mission to be accomplished with a single-minded commitment.” At the event some top industrialists and executives, among the 500 who had gathered here, were also invited to make short speeches. “This programme offers a unique and timely opportunity to make India truly global,” Tata Sons chairman Cyrus Mistry said, adding, countries attain high standards with a vibrant industrial economy and the biggest challenge is to create jobs for millions of youth.

Kenichi Ayukawa, managing director of Maruti Suzuki India, said his Japanese group was among the first to invest in India and remains committed to the country. He said he was sure India will eventually become one of the most competitive economies. “Today we commit ourselves to the ‘Make in India’ movement that was given to us by our beloved prime minister,” Reliance Industries chairman Mukesh Ambani said. He said the main task before the industry in India was to achieve global competitiveness.