#ModiWinsHearts trends on Twitter, days after #ModiInsultsIndia and #ModiIndiasPride as Narendra Modi government completes one year! 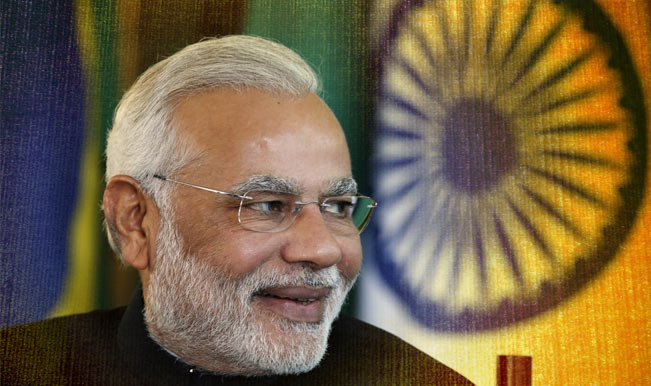 Prime Minister Narendra Modi-led Bharatiya Janata Party (BJP) won an epic mandate in Lok Sabha Elections in May last year. The Indian National Congress (INC) led by Rahul Gandhi were reduced to a paltry 44 seats. Riding on ‘NaMo wave’ the Modi led BJP secured a staggering 282 seats, winning the majority by its own. The results were announced on May 16, after which an historic swearing-in ceremony took place on May 26 where Modi was sworn in as India’s 15th Prime Minister. Also Read - Moga Constituency: Sonu Sood's Sister Malvika In Poll Fray. Will Congress Be Able Retain This Seat? Key Facts Here

As Narendra Modi completes its one year in office, the netizens have gone full throttle and the social media is abuzz with #ModiWinsHearts. Days after ‘Modi Insults India’ and ‘Modi India’s Pride’ were top topics on Twitter, the Internet society has been kind to the 64-year-old Prime Minister. We bring to you a list of 11 tweets that captures the mood of social media below: Also Read - UP Elections 2022: BJP Releases Another List of 91 Candidates, Gives Ticket to 13 Ministers | Full List of Names Here

“If we educate a women we don’t only educate a person or a family but we educate generations” #ModiWinsHearts #ModiIndiasPride — Harsh Sharma (@harshsharma29) May 21, 2015

5. Delivering on promises in his constituency, VARANASI.

Epic shot of the decade- nation never forget this we realy love this picture. This is called Karma #ModiWinsHearts pic.twitter.com/lU2PiEC5aL — धीरज जायसवाल (@DheerajGbc) May 21, 2015

4,200 Hindus & Sikhs from Pakistan and Afghanistan got Indian Citizenship and that is 4 times higher thn last 5 years. #ModiWinsHearts

10. Question your boys and not girls.

Talking to an international investor, he said he now feels confident about India’s political stability due to @narendramodi #ModiWinsHearts