Mother Teresa to be canonised in September 2016 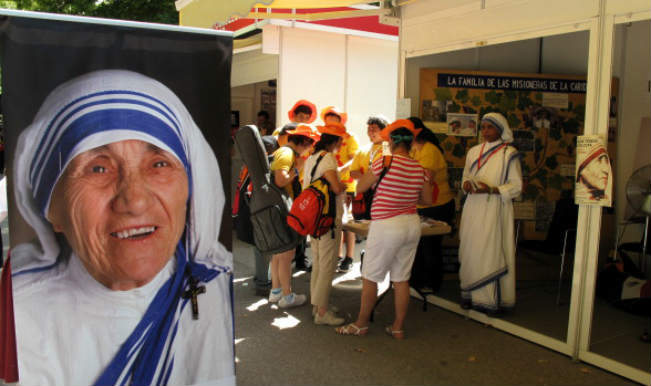 Kochi, May 18 :  Mother Teresa would be canonised in September 2016, senior priest and spokesperson of the Syro Malabar Church Paul Thelekat said on Monday. Pope John Paul-II beatified Mother Teressa on October 192003. “As a Christian, I am eagerly waiting for the canonization of Mother Teresa. She has been a mother to millions of Indian especially the poorest of the poor and the underprivileged,” Thelekat told IANS. (Also read:Jeffrey Archer: Anyone criticising Mother Teresa either stupid or envious brushing off Mohan Bhagwat’s comments) Also Read - Ranchi Baby Selling Scandal: Govt Asks States to Inspect All Missionaries of Charity Child Care Homes

“Christians and her followers will continue her work among the poor with a winged humanism which the Hindu fundamentalists failed to understand. Where have all the converts that the great missionaries of this age and especially Blessed Teresa of Calcutta, were supposed to have proselytized gone? If Christianity converts it is to that winged humanism which India needs so dearly,” added Thelekat. Also Read - Jharkhand Baby Selling Racket: Police Rescues Fourth Infant From Missionaries of Charity's Shelter Home Staff

The Albanian born Teresa turned a nun and was given Indian citizenship in 1948. She founded the Missionaries of Charity and worked for the welfare of poor and the downtrodden. Mother Teressa breathed her last on September 5th 1997.