Police have not yet found the identity of the woman who was raped and killed in Shahdol of Madhya Pradesh. Her body was found on Monday.

New Delhi: A woman aged between 20 to 25 years was allegedly raped and killed in Shahdol of Madhya Pradesh. The identity of the woman is yet to be ascertained. Meanwhile, a case has been registered in this regard, stated an official. Also Read - Labrador to Undergo DNA Test to Settle Ownership Dispute in Madhya Pradesh's Hoshangabad

The Inspector General of Shahdol, SP Singh said, “Body of a 20-25-year-old woman was found in the half-naked state, she was raped and then killed with a sharp weapon.” Also Read - First Meeting of Madhya Pradesh Government’s ‘Cow Cabinet’ To Be Held Today 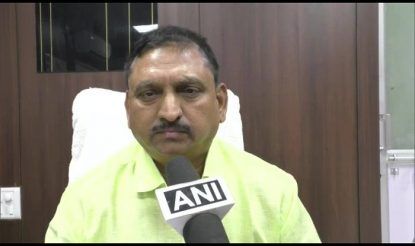 In yet another case reported from Uttarakhand’s Haridwar last month, a man allegedly killed a six-year-old and then raped her corpse before dumping the body. The accused is a labourer and lived in the same village as the victim. According to the police, the accused is a married man with two children. Reportedly, the girl was playing with her friends, including his son (7) when he ushered her to sit with him under the shade of a tree. Forensic reports suggest that the murder preceded the rape. Also Read - Maharashtra Shocker: Three-Year-Old Gangraped by 2 Minor Boys, Case Registered Under POCSO Act