The minister, echoing the prime minister, said the earlier India was perceived to be corrupt, but now it is emerging as "strong and emerging" economy. 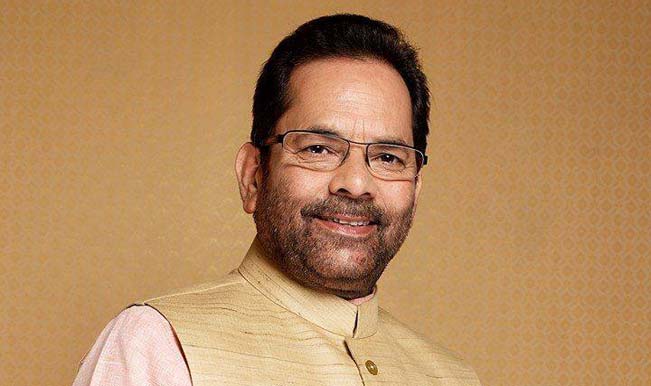 New Delhi, May 20:  As the Narendra Modi government completes one year in office, Union Minister Mukhtar Abbas Naqvi said “power brokers” have been booted out. “We are committed to bringing transparency in government functioning,” the junior parliamentary affairs minister told IANS. “If you see in the last one year, all power brokers have been booted out, and every penny of public money is being accountability used,” Naqvi said. (Read: Narendra  Modi’s China visit to assist in country’s development: Mukhtar Abbas Naqvi) Also Read - Shatabdi Roy Meets Mamata's Nephew Abhishek Banerjee, Says She Is Not Leaving TMC

The minister, echoing the prime minister, said the earlier India was perceived to be corrupt, but now it is emerging as “strong and emerging” economy. “India is now being seen as an emerging economy, despite of the negativity we inherited, it is our responsibility now to make the atmosphere positive,” said Naqvi. Also Read - Subhra Kundu, Wife of Rose Valley Group Chief Gautam Kundu, Arrested By CBI

A major tug of war has been going on between government and opposition over corruption issue. While corruption was a major election issue for BJP during Lok Sabha elections, Modi, after coming to power has repeatedly targeted Congress, blaming them of creating a mess.

During a recent visit to Canada, Modi had said his government is changing the image from “scam India” to that of a “skilled” India. The comment drew criticism from Congress, and echoed in parliament as well. After few days, Congress attempted to corner government alleging corruption charges against union minister Nitin Gadkari, quoting a CAG report. Government however denied the charge, even as the issue disrupted Rajya Sabha repeatedly.