he SP chief had sought time with the Governor and held a one-to-one meeting with him which lasted around 45 minutes, Raj Bhawan 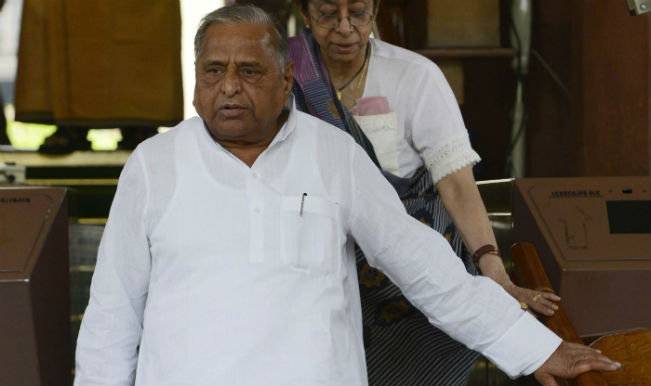 Also Read - Abnormal Goat Kid Born With Large Eye Socket on Its Forehead, People Flock to UP Village to See It

Coming out of the meeting when questioned on the scenario arising out of Governor’s move to seek details and return the list of nine names, Yadav retorted “the list must have been sent by the party”. “I had a very good courtesy meeting with the Governor… had very good talks… He had been in the Lok Sabha thrice, we have been together (in the Lok Sabha)…,” Yadav said while playing down the issue of nominations. Earlier this week, Naik had sought additional information to verify the background of the candidates recommended for the nominations. Also Read - Free Coaching to Uttar Pradesh Students For Many Competitive Exams From Basant Panchami: CM

The Governor, in a letter to Chief Minister Akhilesh Yadav, had asked for information about the criminal history, if any, of the candidates or whether any case is pending against them besides if any of them is a bank defaulter. The Governor has also sought detailed information about the areas of art, literature or social service in which these nine candidates have made important contribution as these seats are meant for apolitical people making significant contribution in these areas.