Mumbai: The Maharashtra government will resume the local train services from February 1. In the meantime, the Western Railway has decided to extend the running of 11 pairs of special trains; of which, 5 pairs will originate/terminate pass between various destinations over Indian Railways and six pairs will pass over WR stations. The western railway will also resume services for all passengers from February 1.Also Read - Lata Mangeshkar in Intensive Care; Doctor Says 'Pray For Her Recovery'

“For the convenience of passengers and with a view to meet the travel demand, Western Railway has decided to run additional trips of 5 special trains between various destinations over Indian Railways. 6 pairs of additional special trains will be passing over WR stations,” the Western Railway tweeted. Also Read - Is BMC Planning To Impose More Curbs in Mumbai? Here's What Civic Body Told Bombay HC

Check full details regarding 11 pairs of special trains below. Also Read - 9 Most Colourful Streets in India Where You Will Find The Best Blend of Jazziness And Culture 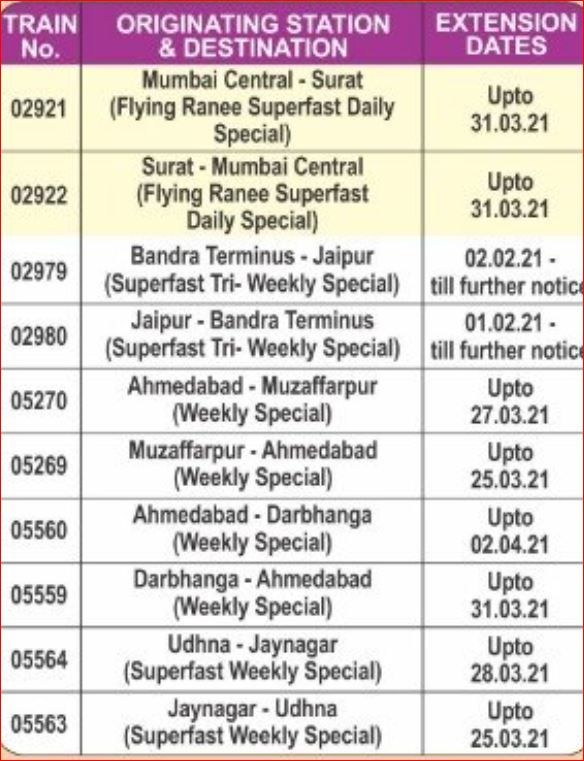 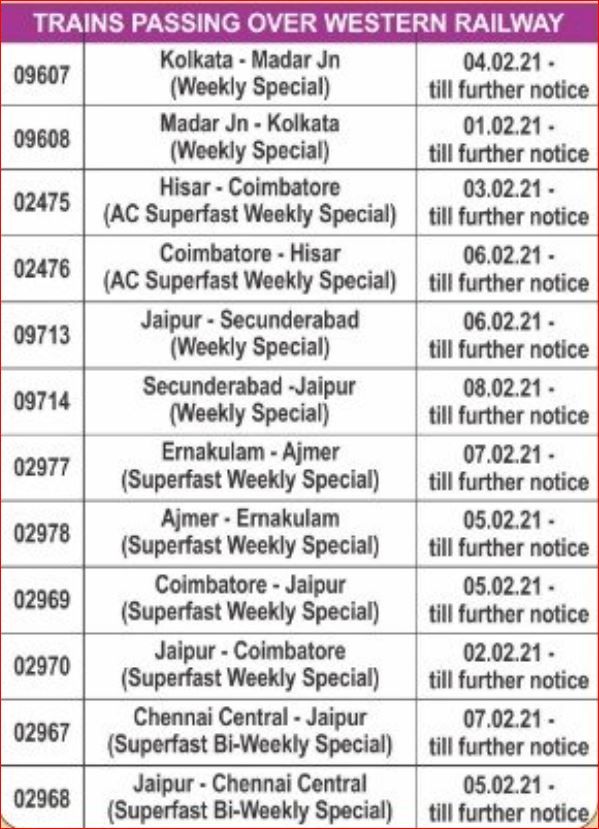 Western Railway’s Chief Public Relations Officer Sumit Thakur told news agency ANI, “We have formed teams and sanitisation of cabins and seating areas is being done. We will be increasing entry and exit points, ticket booking counters with time. Our staff including Railway Police Force officials will be available to regulate the crowd.”

The local train services were suspended in March-end last year due to the coronavirus outbreak and gradually resumed later. Initially, only some categories of commuters, like women and those providing essential services, can travel by local trains after obtaining a special pass. Those with confirmed tickets for long-distance trains can now travel to the boarding station by suburban trains in the city.

The Maharashtra government has also asked authorities to maintain social distancing and avoid overcrowding in the trains.