Following the clashes between Dalit and Maratha communities and protests thereafter, traffic came to a standstill on Eastern expressway, Sion-Panvel Highway and Chembur Naka were worst affected, shops were shut down in many regions of Mumbai as protesters stopped traffic.

Mumbai, Jan 3: Mumbai local trains and road traffic witnessed disruption on Tuesday as protests spread across Mumbai due to clashes between the Dalit and Maratha communities, a day after caste-based violence during the celebration of the 200th anniversary of the Bhima Koregaon battle in Pune. Following the clashes between Dalit and Maratha communities and protests thereafter, traffic came to a standstill on Eastern expressway, Sion-Panvel Highway and Chembur Naka were worst affected. Since this is a live blog, it will be updated as the news about local train status, road traffic jams across Mumbai come. Please refresh the page to catch the current updates. Click here to catch the live news updates of Maharashtra Bandh. Also Read - Mumbai to Open Drive-in Vaccination Centres in Several Areas. Check List 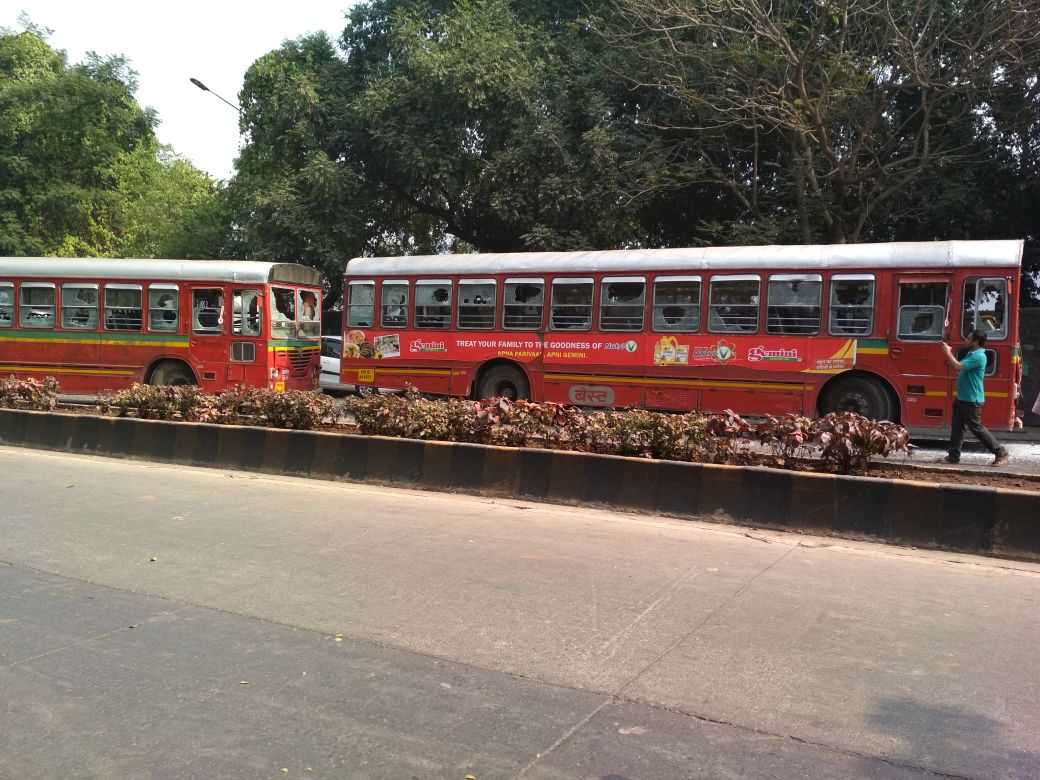 13:15 PM: ‘Rasta Roko’ protest being held in Andheri on the Western Express Highway.

Other suburban services are being run amid intermittent protests at Elphinstone Road, Goregaon, Dadar, and Malad.

No cancellation of long distance trains.

13:02 PM: Rail Roko at Goregaon station was staged by the Dalit protesters. 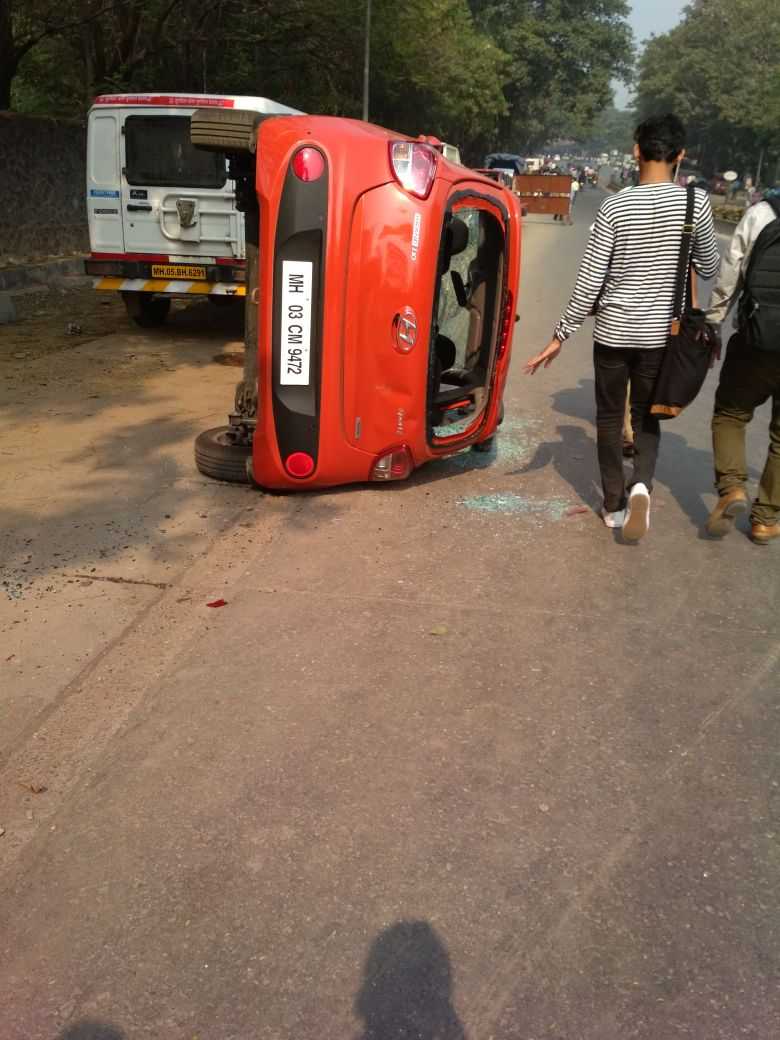 3. Traffic at Eastern Expressway affected due to Traffic Blockade near Ramabai Ambedkar Nagar. Traffic has been diverted to avoid inconvenience.

4. Eastern freeway traffic affected due to Road Blockade at Panjrapol junction. Avoid using it for some time.

6. Traffic affected on Western Expressway near Dahisar Naka and Near Oberoi Mall. Commuters are advised to avoid using Western Express Highway. Use S V road instead.

12:39 PM: Both up & down lines, which were blocked by the protesters from 12.05 hrs have been evacuated at 12.24 hrs and train operations have resumed at Goregaon. Trains are delayed due to it: Western Railway

12:26 PM: Mubai Metro services have also been affected due to Bhima Koregaon violence in the city.

12:14 PM: Western railway which runs Churchgate to Virar are affected. No trains there since 11 AM.

12:10 PM: Mumbai central railway and harbour line affected. All trains leading to Kalyan and Panvel route are affected. From 11 AM no trains leaving and returning. All long-distance trains also affected. Many commuters are stranded there.

12:01 PM: Panvel, Belapur and Vashi train service shut till next announcement. People are advised to commute via Trans Harbour service.

12:01 PM: Harbour line is affected between Mankhurd and Kurla. Both the Up and Down train services have been stopped in view of the protests across Mumbai.

11:51 AM: Metro services between Asalfa and Ghatkopar Metro station have been stopped by Dalit protesters.

Maharashtra: Protests being carried out in the state; visuals from Nagpur’s Shatabdi Square #BhimaKoregaonViolence pic.twitter.com/CRxHim7qOl

11:43 AM: Protesters break out in Nagpur’s Shatabdi Square.

11:41 AM: Hundreds of protesters have gathered at the Eastern Express Highway and have blocked the roads. Commuters are advised to not avoid the highway.

11:40 AM: Taxi and auto services affected across Maharashtra.

11:37 AM: Eastern Express Highway has completely been blocked by the protesters.

11:37 AM: Protesters are also trying to stop the vehicles plying on the roads.

11:35 AM: The protesters march in large numbers in Ghatkopar and have disrupted road and rail traffic in Mumbai.

11:17 AM: Barkat Ali road in Wadala has been completely shut down by the police.

11:16 AM: Protesters have blocked Western Express in Bandra. Traffic has also been affected reportedly near IIT Bombay in Powai.

10:52 AM: While local train services in many parts of the city have resumed, disruption is witnessed at Nallasopara railway station.

10:46 AM: A large number of Dalit protesters are staging a Rail roko at Nallasopara station. They have occupied the railway tracks, disrupting rail traffic. The Western Railways have said that the administration and security forces are making all efforts to normalise the train operations.

10:44 AM: Commuters in Mumbai have been left stranded due to less number of auto-rickshaws and other transport in Mumbai. “We are supporting this bandh only because we are scared of our loss. They can vandalize anything here,” a Mulund driver was quoted as saying by ANI.

10:43 AM: Protesters halt buses, auto-rickshaws at Lal Bahadur Shastri Road in Thane. They have also attempted to deflate bus tires.

10:17 AM: Inter state bus services from Karnataka-Maharashtra temporarily suspended as a precautionary measure in view of the Bhima Koregaon violence in the state.

10:00 AM: Trains are running normally in Pune division.

9:45 AM: Autos, that usually storm Bandra Kurla Complex, could be seen empty.

9:28 AM: Train services have resumed in Virar. The protesters staged a rail roko at the Virar railway station for an hour.

9:19 AM: The protesters have stopped local trains at Virar.

8:52 AM: A rail roko was staged by some of the protesters at the Thane railway station but were immediately cleared by RPF and GRP officials. “Services are running uninterrupted on Central Railway as of now” says CPRO Central Railway.

8:45 AM: The trains are running fine and at their respective timings, a Twitter user reported. A rail roko protest was earlier reported at the Thane station.

8:35 AM: The trains and bus services are not expected to run normally due to Maharashtra Bandh today. The protesters have stopped the Mumbai local at the Thane station.

8:29 AM: The protesters have halted a train in Thane railway station. Section 144 has been imposed in Thane till January 4 midnight due to protests.

8:21 AM: The protesters are staging a ‘Rail Roko’ at the Thane station.

7:58 AM: Mumbai Local trains have been stopped from Thane platform no 2, a Twitter user reported.

Mumbai local trains were halted due to protests over Bhima Koregaon violence. The central railway suspended suburban services between Kurla and Vashi and ran special services between CSMT-Kurla and Vashi-Panvel section. By the late evening, CSMT-Panvel harbour line services were restored. Central Railway’s Sunil Udasi said the protestors stobbed the suburban services as they came out on tracks even though the railways have nothing to do with the incident. (Also Read: Bhima Koregaon Clashes: Check Mumbai Local Train Status on Harbour Line, Road Traffic Jams in Chembur, Mulund, Sion Amid Protests)

The maximum impact likely to be seen in eastern suburbs of Ghatkopar, Chembur, Tilak Nagar, Mulund area. In western suburbs, Bandra, Kherwadi, and Dahisar are likely to be affected most. Worli, Dadar, Sion area in the island city are also affected. The Maharashtra Bandh protest is likely to pick up after 10 AM and up to 3 PM.

The protests across Mumbai, over the clashes during Bhima Koregaon battle celebrations, resulted in massive vehicular snarls. However, the local trains and traffic movement resumed after Mumbai Police intervened.

Similar agitation was staged in Ahmednagar, Jalgaon, Dhule, Beed, Nashik, Pune, Solapur, Thane and Palghar. The protesters, including women and children, staged a rasta roko in Koregaon-Bhima on the Ahmednagar road. The protesters also stopped traffic on Sion-Panvel Highway. Till 7:30 PM in the evening, Ramabai Ambedkar Nagar was kept blocked by the protesters. The police have been deployed in the Ramabai area in view of the protests across the city.