Laced with the latest technology and features, the new, BS-VI compliant buses will replace the existing (more than 15 years old) one-door double-deckers for the convenience of Mumbaikars.

New Delhi: In a bid to save it from being phased out from the roads of Mumbai, the Brihanmumbai Electricity Supply and Transport (BEST) last month announced that it would add 100 new double-decker buses with ‘advanced features’ to its fleet in early 2021. Laced with the latest technology and features, the new, BS-VI compliant buses will replace the existing (more than 15 years old) one-door double-deckers for the convenience of Mumbaikars. Of the total 120 operational double-decker buses on seven routes around the city, 100 will be phased out as they complete their life span. Also Read - Mumbai's Haffkine Institute Gets Centre's Nod to Produce Covaxin; CM Thackeray Thanks PM Modi

“The buses will arrive in a phased manner and if everything goes as planned, the first set of buses are expected to arrive by early 2021. Presently, we have invited tenders mentioning the salient features. These buses will be owned by the BEST and not be leased,” stated BEST spokesperson Manoj Varade. Also Read - Despite Strict Restrictions, Maharashtra Registers 61,695 Fresh COVID Cases In Last 24 Hours

-For entry and exit, each bus will have two doors and two staircases.

-Besides, buses will have an emergency door at its right side.

-Based on the New Routemaster buses of London, the vehicles will have a seating capacity of 70 passengers.

-To avoid any untoward incident, the buses will have pneumatic pressure door which will ensure that doors are closed at all times.

– It will have CCTV cameras for the safety of passengers.

-Intercom services for the conductors of upper and lower decks. At present they communicate by ringing the bell. 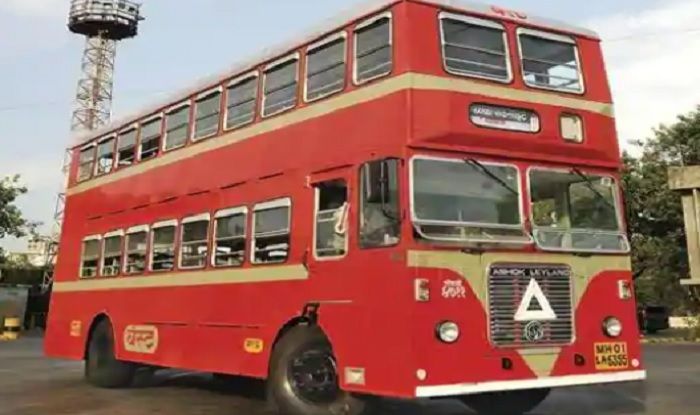 Notably, the London-inspired double-decker buses were first brought to the country in 1937, undertaken by BEST as horse-drawn vehicles. As industrialization overtook transportation in India, the horses were replaced with engines on wheels. Remarkably, the double-decker fleet that started with about 200 buses grew up to 882 in 1993. The BEST has a total fleet of 3,337 buses and has proposed adding 993 buses to its fleet, to increase the overall size to 4,050 by 2020. Presently, there are 120 operational double-decker buses on seven routes around the city.

BEST’s iconic double-decker buses have also had a special place in Bollywood and Mumbai’s history. Be it college-goers catching it or a love-struck couple finding some space in the city’s bustling traffic, double-deckers were a symbol of the city. If you don’t believe us, here’s an iconic song from movie Manzil (1979). Sung by legendary Kishore Kumar and composed by RD Burman – the song stars Amitabh Bachchan, Mausami Chatterjee and the iconic double-decker buses for you to see.