Mysore, June 27: Maharaja of Mysore, Yaduveer Krishnadatta Chamaraja Wadiyar tied the nuptial knot with Rajasthan royal Trishika Kumari Singh in a grand ceremony on Monday morning. The historic palace of Mysuru was decorated for the most awaited wedding of the Wodeyar family scion. The palace witnessed a royal wedding for the first time in 40 years. The marriage ceremony took place at the kalyana mandapa at the karkataka lagna and savitra mahurat time between 9.05 am and 9.35 am IST on June 27. Also Read - Craze For Pre-Wedding Photo Shoot Turns Tragic as Couple Drowns in Cauvery River

Here’s a look at some of the best wedding pictures of the royal couple! Also Read - All You Need to Know About Princess Beatrice's Wedding Gown That Belongs to Her Grandmother, The Queen 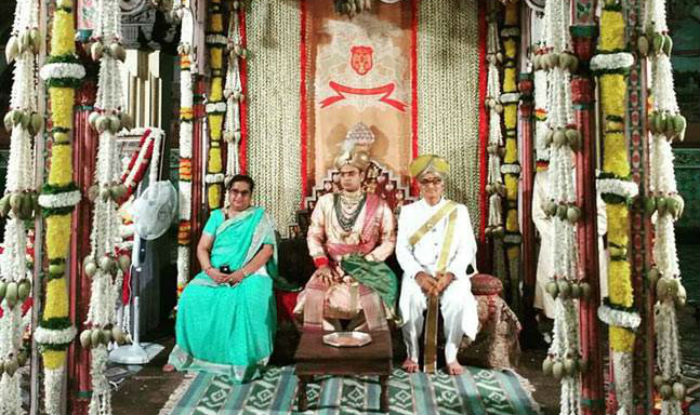 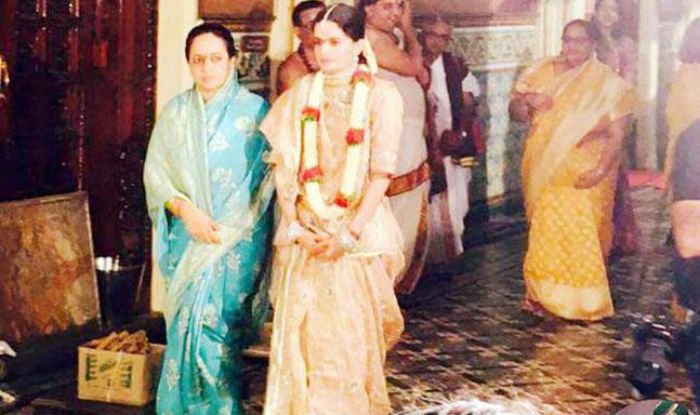 The bride Trishika Kumari Singh is the daughter of Harshvardhan Singh and Maheshri Kumari from the Dungarpur royal family in Rajasthan. The wedding was attended by over 80 royal families and a thousand dignitaries from India and abroad. Guests at the wedding included top politicians like chief minister Siddaramaiah and his cabinet colleagues. (ALSO READ: Mysuru to witness royal marriage of Yaduveer Krishnadatta Chamaraja Wodeyar with Trishika Kumari Singh) 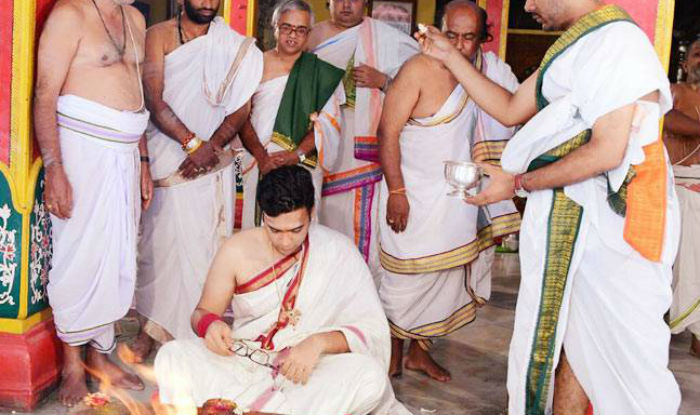 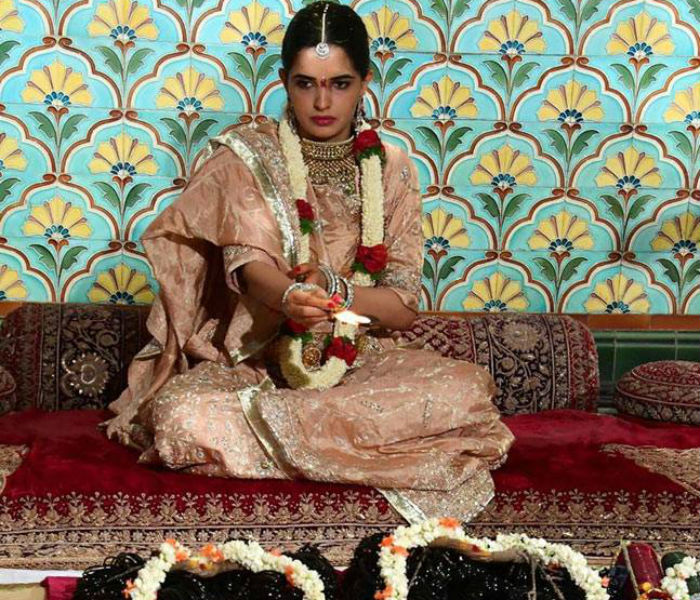 There were over 50 rituals during Yaduveer and Trishika’s wedding. The rituals began at the Mysore Palace in the presence of Pramoda Devi, the Queen mother, and other elders of the family. The groom took a ‘yenne snana’ or oil bath on Saturday followed by a Guru Pada Puja or worshipping the feet of Parakala Mutt’s Abhinava Vagheesha Brahmatantra Swatantra Swamy, who is the family’s Rajguru.

The wedding reception of Maharaja Yaduveer and Trishika will be held on June 28 and July 2 at the Wodeyar palaces in Mysuru and Bengaluru respectively. 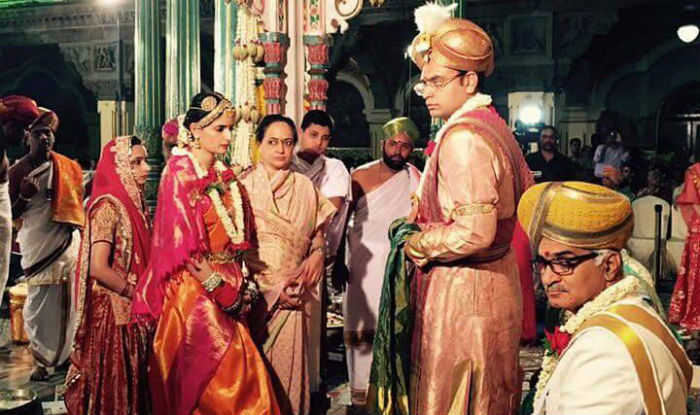 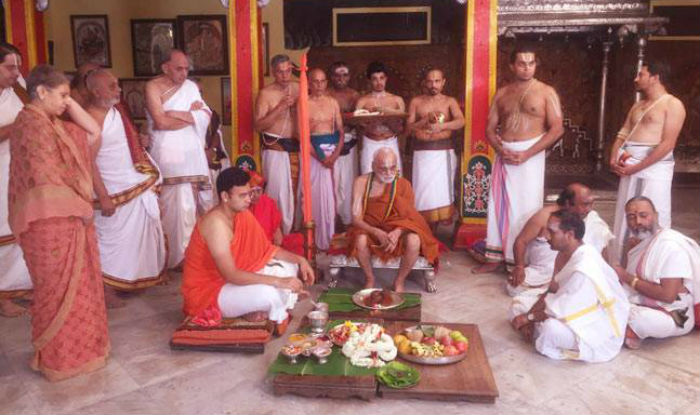 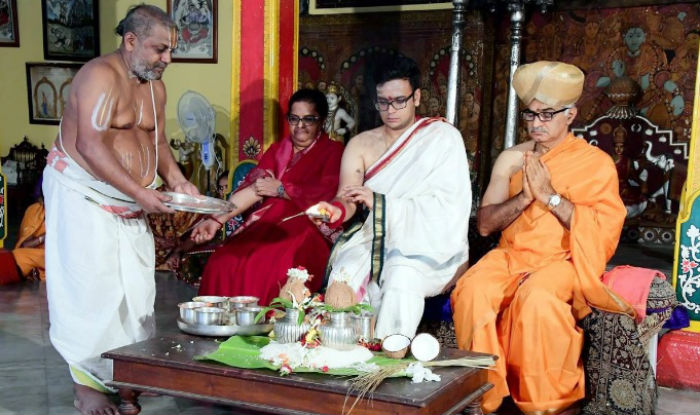 The 24-year-old groom Yaduveer was crowned as the ostensible head of the erstwhile Mysuru royal family in a traditional ceremony held on May 28 last year. The 27th king completed his BA in Economics and English at Boston University in the US. 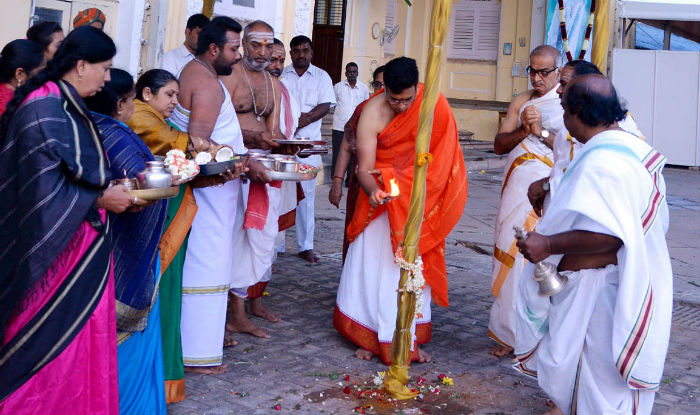 Mysore kings who are known as Wadiyars ruled southern Karnataka for over 550 years. They ruled the Kingdom of Mysuru from 1399 to 1947, the last king being Jayachamarajendra Wodeyar, who ruled from 1940 until Indian independence in 1947 when he acceded his kingdom to the dominion of India but continued as the Maharaja until India became a Republic in 1950.