The 201-km-long Dahod-Indore rail line included in the Rail Budget of 1989-90, was expected to provide a shorter router between Madhya Pradesh and Gujarat. Ditto with 157-km long line between Chhota Udaipur and Dhar, which was part of the 2008-09 Rail budget. 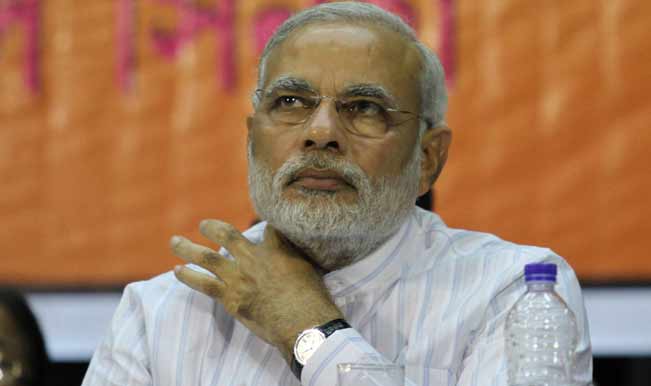 Also Read - Nationwide Lockdown May Extend Beyond April 14 as Coronavirus Cases Rise Over 2,000; Death Toll at 53

Vadodara, Feb 13 :  Former Minister of State for Railways Naranbhai Rathwa has urged Prime Minister Narendra Modi to allocate sufficient funds in the upcoming Railway Budget to fast-track two stalled rail projects linking Gujarat with Madhya Pradesh. “I have written a letter to Modi in this regard (on two rail line projects between Dahod and Indore and Chhotaudepur to Dhar) and also requested him to hasten other railway projects as well which are of national importance from religious and tourist point of view,” Rathwa told PTI today. (Read: Prime Minister Narendra Modi attacks Pakistan over terror in India) Also Read - PM Modi Speaks to German Chancellor Angela Merkel, Discusses COVID-19 Situation

The two rail projects were estimated to cost Rs 12.86 billion. While the 200-km-long Dahod-Indore via Jhabua line was to cost Rs 6.78 billion, the 152-km-long Chhotaudepur-Dhar line was expected to cost Rs.6.08 billion. Both projects were to be completed in six years after former PM Manmohan Singh laid down its foundation in 2008, he said. “Till today their work is proceeding on snail pace due to financial crunch. Both these rail lines linking Gujarat with Madhya Pradesh would benefit tribals, bring prosperity and would change the face of the tribal-dominated districts of Dhar and Jhabua in Madhya Pradesh and Chhotaudepur of Gujarat bordering MP,” Rathwa said in the letter. Also Read - Amid Coronavirus Lockdown, PM Modi to Share Video Message With All on Friday

The 201-km-long Dahod-Indore rail line included in the Rail Budget of 1989-90, was expected to provide a shorter router between Madhya Pradesh and Gujarat. Ditto with 157-km long line between Chhota Udaipur and Dhar, which was part of the 2008-09 Rail budget. Rathwa requested Modi to give favourable consideration to new and outstanding projects and include them in the forthcoming Railway Budget. He also demanded conversion of meter gauge lines between Ahmedabad and Udaipur into broad gauge besides converting narrow gauge lines between Vishwamitri (Vadodara) and Padara-Jambusar to benefit a number of small scale as well as major industrial units in this belt.

Also, the Chambers of Commerce and industry bodies of Bhavnagar, Bharuch, Surat, Ahmedabad and Surat diamond and silk industries besides many other industrial units have been demanding “rail-cum road bridge” on the 20-km-long Bay of Khambhat between Khambhat and Bhavnagar. Industrialists had offered PPP in the past. If this project is undertaken, it will cut-short the distance of nearly 250 kms and benefit transporters and public of Saurashtra and entire Gujarat.

Not only that, railway lines here will connect Saurashtra, central as well as South Gujarat and the state of Maharashtra. This will boost up and attract more industries and business houses in the regions, he said in the letter. Rathwa has also suggested interlinking Chhuchhapura, Naswadi, Tanakhala, Rajpipla etc with broad gauge lines extending them up to Kevadiya for enabling foreign and national tourists to visit Sardar Sarovar dam and the proposed 182-meter-long Statue of Unity of Sardar Patel there.

He has demanded allocation of Rs 300 crore for setting up an electric engine repairing workshop at Dabhoi in Vadodara, the foundation stone for which was laid in 2008 but was stuck up due to non allocation of funds and no provisions in the budget. The ex-minister has also requested conversion of existing narrow gauge railway lines on Dabhoi-Chandod at the banks of Narmada into broad gauge for giving facilities to devotees visiting the 2500-year-old Lord Kuber temple located at Karnali village in Vadodara.