Narendra Modi among Time magazine’s ‘Person of the Year’ contenders

Prime Minister Narendra Modi is among 50 global leaders, business chiefs and pop icons named as contenders by Time magazine for its annual 'Person of the Year' honour 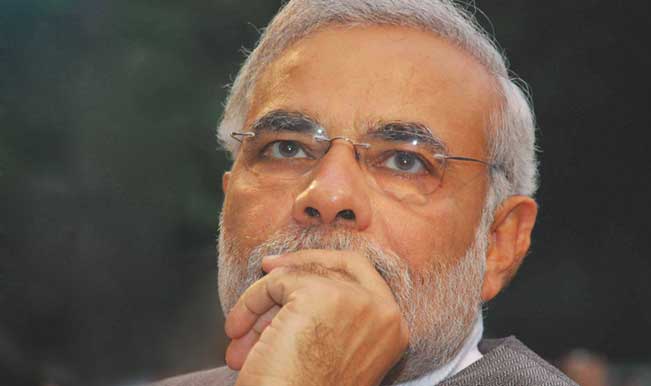 New York, Nov 20: Prime Minister Narendra Modi is among 50 global leaders, business chiefs and pop icons named as contenders by Time magazine for its annual ‘Person of the Year’ honour. The Time ‘Person of the Year 2014’ will be announced next month and the publication said the title will be “bestowed to those who have, for good or for ill, most influenced the news and our lives in the past year”. Also Read - Mann Ki Baat Highlights: PM Modi Bats For Buying Local Products on Dussehra

Describing Modi as “once a controversial regional leader”, Time said he became India’s prime minister after leading his Bharatiya Janata Party (BJP) to a “landslide electoral victory on a platform of economic development”. Time has asked its readers to vote for the individual who they think should get the title of Person of the Year and the winner of the reader’s choice poll will be announced next month before Time’s editors choose the individual from the 50 candidates as the honouree. Also Read - US Election 2020: 'PM Modi, Trump Get 'Along So Well', Says Former US Envoy; Claims Relationship With India Has Never Been This Stronger

Modi has so far got 3.8 per cent of the votes, the fourth highest after Russian President Vladimir Putin, teenage Pakistani Nobel Peace Prize laureate Malala Yousafzai and Ebola doctors and nurses “who are risking their lives to treat and contain the outbreak in the hot zone”. In a separate “Face-off” poll, Modi has been pitted against Indonesia’s new president Joko Widodo.

Last year’s ‘Person of the Year’, Pope Francis, is also among the candidates along with the 200 Nigerian girls kidnapped by Islamist militant group Boko Haram.