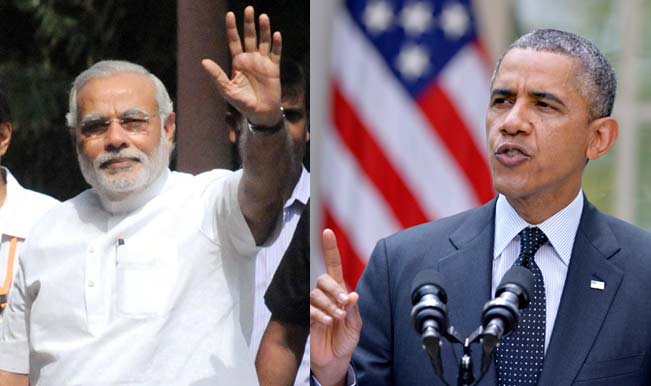 Washington, Sep 30: Indian Prime Minister Narendra Modi arrived in Washington Monday evening for his summit meeting with US President Barack Obama. US Deputy Secretary of State William Burns received Modi at the Andrews Air Force Base. A large number of Indian American supporters were present along the road to cheer Modi on his way to Blair House. They welcomed him with chants of “Bharat Mata ki Jai” and “Modi, Modi”. Also Read - 'Great Leader And Loyal Friend', Trump's Birthday Wish For PM Modi

Modi is set to have his first meeting with Obama later Monday evening over a private dinner in the Blue Room of the White House. The prime minister is observing a nine-day fast during the Navaratri festival and is reported to be only consuming lemonade and tea. Also Read - Happy Birthday Narendra Modi: Kangana Ranaut Prays For Prime Minister’s Long Life in a Video

The two sides will hold their summit meeting Tuesday. Modi had a packed schedule in New York earlier in the day during which he met the CEOs of top US firms and talked business and investment prospects with them. He also addressed the Council of Foreign Relations.