Modi's participation in today's event is being seen as an attempt by the BJP to woo the voters of Bihar ahead of the assembly polls in the state slated later this year. 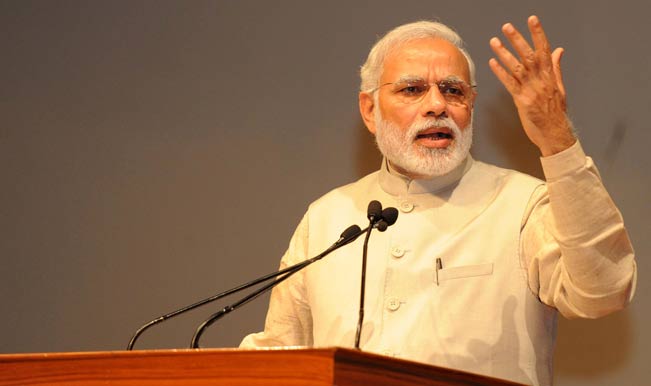 New Delhi, May 22:  Reaching out to the voters of Bihar ahead of the assembly polls, Prime Minister Narendra Modi today asked the people of the state to rise above caste considerations and support the most virtuous. Inaugurating the golden jubilee celebrations of acclaimed poet Ramdhari Singh Dinkar’s works, the Prime Minister said he was committed to taking forward his vision of progress and prosperity to the state without which India’s development was incomplete. (Read: BJP year one performance is ‘Gone Girl’) Also Read - Rafale Fighter Jet to Participate in 2021 Republic Day Parade | Breaking LIVE

Noting that while west India has prosperity, the eastern part has wisdom, Modi said the two regions of the country can have an equal share in development of the country. Referring to a letter written by Dinkar in 1961, Modi said the poet was of the view that Bihar will have to “forget” the caste system and “follow the virtuous”. Also Read - From West to East: Maharashtra’s Ruling Shiv Sena to Contest West Bengal Polls This Year

“You cannot rule with the help of one or two castes…If you do not rise above caste, Bihar’s social development will suffer,” he said quoting Dinkar’s letter. He said the poet’s works worked as a “bridge” between the ideals of Jaya Prakash Narayan and the youth of the country. “He had fire within. But it was not meant to burn but work as a light for generations to come,” he said, noting that Dinkar’s works are relevant even today.

He said the development of states like West Bengal, Bihar, eastern Uttar Pradesh and the northeast was paramount for the overall development of the country. Modi’s participation in today’s event is being seen as an attempt by the BJP to woo the voters of Bihar ahead of the assembly polls in the state slated later this year.